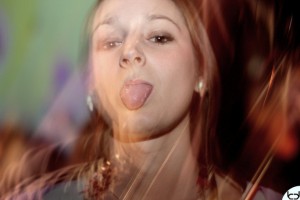 The first successful transfer of genetic material for this purpose was published in a U.S. medical journal in 1997 and then later cited in a Human Reproduction publication in 2001. Scientists injected 30 embryos in all with a third person’s genetic material. The children who have been produced by this method actually have extra snippets of mitochondrial DNA, or mtDNA, from two mothers – meaning these babies technically have three parents.

It’s still unclear whether all 30 babies turned out healthy.  The Institute for Reproductive Medicine and Science (IRMS) at St Barnabas, participants of the experiment, finally began following up with at least 17 of the now teenagers earlier this year, according to the UK’s Independent. We’ve reached out to IRMS to get those follow up results but have not heard back yet.

While we don’t know the identity of these genetically modified teens, or even how they are doing health wise at this point, the ethics of creating designer humans is still very much a hot button issue. Modifying humans genetically to create some superior race of people or simply to chose one preferred visual trait over another has been debated among scientists, politicians and others ad nauseam. The U.S. Food and Drug Administration no longer even allows such genetic modification to embryos, citing them as a “biological product” and thus under its jurisdiction. They put the kibosh on this practice back in 2002. However, these original embryonic modifications were for parents who would potentially pass on severe genetic diseases to their children if it weren’t for scientific intervention.

These teens could potentially pass on their genetically modified material to the next generation. So even if no other humans are legally able to be created this way in the future, we’ve already introduced biologically modified genetic material into the population with the potential to affect large swaths of future generations to come via reproduction. We’ll be sure to update you, should IRMS release any information on the health of these teens.