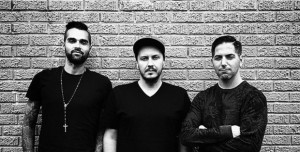 The rivalry between Nike and Adidas just got even more serious as Nike seems to always lose it’s ambassadors and models to its greatest business enemy — Adidas.

First, Kanye West left Nike to team up with Adidas in a move that caused a stir in the sneaker community. Following was Kevin Durant as he nearly ditched The Swoosh for Under Armour. Now, three of Nike’s top designers have decided to cut ties with the super brand in favor of Adidas.

You may not be familiar with Marc Dolce, Mark Miner, or Denis Dekovic, but they’re responsible for some of your favorite sneakers including the Nike Air Penny V, Nike Barkleyposite, Nike Magista, and the Nike Free Run series. In short, these aren’t just some no name designers that are jumping ship.

The trio will headline a new Adidas studio in Brooklyn, New York in 2015. With names like these to collaborate with guys like Pharrell, Nigo, and Kanye, the three stripes is certainly on the rise.

Adidas today announced a new creative studio coming to Brooklyn in New York in 2015 that will drive design direction for the brand and elevate the company’s direct interaction with consumers. The global studio will serve as a cultural contact point in the most influential city in the U.S., connecting the brand closely with sports and street culture.

The Brooklyn Creative Studio will be a small but essential operation aimed at exploring design direction for the brand. This facility will be an open source creative center allowing us to connect and collaborate with consumers in a way we’ve never done before,” said Paul Gaudio, adidas global creative director.