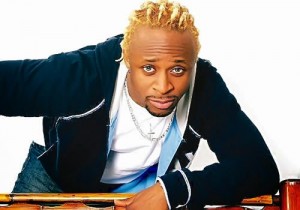 Well, it seems like all the plenty talk and criticism finally got to him.

The intending Kwara House of Assembly member, Tonu Tetuila, says even though some youths he had a meeting with says it’s okay for him to campaign with the hair, which some have described as fried indomie and even go into the house with it, if elected has said, he is throwing that advise away now since most people have condemned the hair do.

In a interview with the Tribune, Tony says he’ll change the hairstyle and also clarified he was never broke, not broke, and can’t really be broke.

If he would be going to the office with his tinted hair, Tony said;

“I was discussing with some youth leaders who said I could leave the hair, but now that people are speaking on it, I have to do what my people want.”

“I only used the blonde hair to campaign because everybody knows Tony Tetuila with that trademark.

On if he is broke;
“how can I be broke? I am not broke, everybody knows where I am coming from, I am not going into politics for the fun of it, we artistes always sing about poverty but rarely do anything about it.

“If you know songs like “prayer for Naija” and e go better you will see that we only complain but we don’t do anything about the suffering. We want Nigerians to live a better life. What I am going to deliver matters and not the hair.”