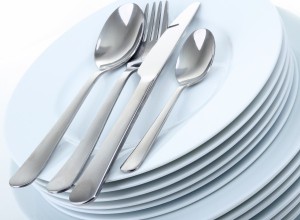 Wow, I almost choked when i read this report online. The money our politicians spend on everyday need sha!!!

The Plateau government is said to have sent a supplementary budget of N23.4 billion to the state House of Assembly for review and approval – barely six months to the end of the administration.

Included in the budget, is N442, 289, 600 allocated for the purchase of customized cutlery, the supply and fixing of curtains, and other items for the new government house, Punch reports.

Other items included in the budget are:
•Toyota Land Cruiser vehicle for the Chief Judge of Plateau State: N25, 625, 675. 68
•Toyota Corolla for the Chief Registrar, Plateau State Judiciary: N7, 545, 398, 68
•The completion of road projects, the office of the SSG at the new Government House and provision of infrastructure and office equipment at the new office of the Board of Internal revenue: N13 billion
•State water board: N 1.5 billion