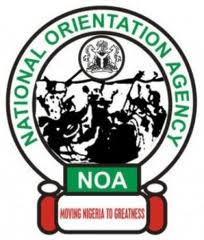 The National Orientation Agency (NOA), says it has developed an initiative called “Employment by Merit” designed to curb the menace of youth unemployment and restiveness in the country.

This is contained in a statement issued on Saturday in Abuja by Mr Paul Odenyi, Assistant Director Press, and made available to the News Agency of Nigeria (NAN).

The statement said the Director-General of NOA, Mr Mike Omeri, announced this when he received members of Golden Touch Basketball, an NGO.

The NGO specialised in talents hunt and sponsorship of Nigerian youths.

The statement quoted the director- general as saying that the initiative by the agency would accommodate 40 scholarships strictly on merit for talents in sports and vocational programmes.

Omeri commended the NGO for its programmes, adding that getting the youth engaged positively should not be left in the hands of government alone.

The Manager of the NGO, Amb. Huzi Mshelia, said that the organisation had chosen to partner with NOA to identify with its “Do the Right Thing” programme.

Mshelia advised NOA to continue to champion the course of Nigerian youths.

He said that the club has been able to identify many talents through its various programmes. (NAN)