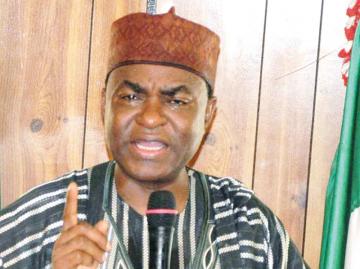 Ahead of the 2015 general elections, eight members of the Bauchi State Executive Council have resigned their appointments to contest various positions.

This is contained in a statement signed by the Principal Private Secretary to Governor Isa Yuguda, Adamu Alkali, on Monday in Bauchi.

According to the statement, the members include the Secretary to the State Government, Aminu Hamayo; Chief of Staff, Government House, Abdulkadir Mohammed, and Commissioner for Local Government Affairs, Abubakar Fago.

Meanwhile, Mr. Yuguda has approved the appointments of Mahmood Maijama’a as Acting Secretary to the State Government, and Tanko Dutse, as Chief of Staff, Government House.

The statement said that the governor has directed the outgoing commissioners to handover the activities of their respective ministries to their permanent secretaries pending the appointment of new commissioners.

While wishing the outgoing cabinet members luck and Allah’s guidance in their political ambitions, Mr. Yuguda thanked them for their meritorious service to the state.