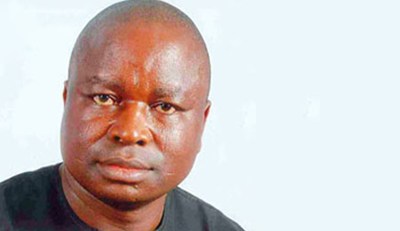 The warning, which was contained in a statement issued by the zonal chairman of the party in Enugu North Senatorial District, Chief Mike Ejinima, was in response to the senator’s opposition to the adoption of a member of the House of Representatives, Hon. Ifeanyi Ugwuanyi, as the party’s sole candidate for the 2015 governorship election.

Eze, who has insisted that the adoption does not stand in the way of his own gubernatorial ambition, has called for open primaries in the selection of the party’s flag bearer.

The senator has also accused PDP officials in Enugu State of planning to hire thugs to demonstrate against his call for open primaries, in a bid to deny him the opportunity to seek the party’s governorship ticket.

Reacting to the allegation, the Enugu State chapter of the PDP, through Ejinima, accused Eze of overheating the polity.

Describing the allegation as “unfounded and mischievous”, Ejinima wondered why Eze “should involve himself in such a desperate move and tissue of lies in order to whip up sentiments in pursuant of his ambition”.

Ejinima explained that the Enugu State Chapter of the PDP, by its unanimous endorsement of Ugwuanyi as the consensus candidate for the governorship position, “has not closed its doors against any aspirant who has a contrary position to the party decision on the matter to participate in the party’s governorship primary election”.

He disclosed that the party will be glad to welcome Eze to the primaries “to test his strength as he has always claimed, if at the end of the day he still insists on contesting against the popular choice of the party”.