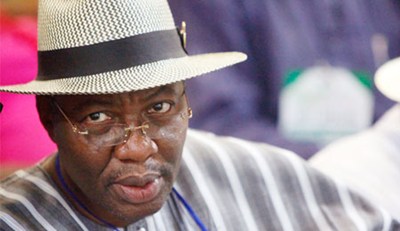 The immediate past Governor of Ogun State, Otunba Gbenga Daniel, on Friday said the People’s Democratic Party, PDP, will win the 2015 governorship elections in the state.

The ex-governor, who spoke at a unification meeting held at his Asoludero Court residence in Sagamu, said the coming together of some parties into the PDP made the party the most formidable in the state.

“With the array of major stakeholders of Ogun politics in this hall, it is glaring that the ingredients for winning elections are at hand and ready to go for power in 2015”, Mr. Daniel said.

‎”A leader worth its salt is saddled with the burden of providing leadership and guidance towards finding a credible successor and that is exactly why we are on this mission to present a formidable platform that can wrest power from the incumbent and rescue Ogun State before it is too late”, Mr. Daniel said.

‎It would be recalled that Gbenga Daniel had on Wednesday officially rejoined the PDP from the Labour Party.