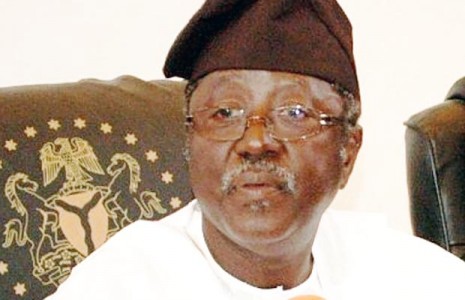 A former head of the National Population Commission, Chief Samaila Makama, has said the Peoples Democratic Party, PDP, and the entire Plateau electorate will not support another Berom indigene to succeed Jonah Jang as governor of the state come 2015.

“We will reject another Berom-speaking national to replace Jang in 2015”, Mr. Makama said.

Mr. Makama, a chieftain of the party, made his position known in Jos in an interview with journalists on Saturday, while reacting to the purported endorsement of Gyang Pwajok, a serving senator representing Plateau North at the National Assembly, as Mr. Jang’s successor in the 2015 governorship elections.

“Governor Jang is a Berom man and he has been in power for two terms of eight years. The Berom people should allow other tribes to also produce a governor. We have over 50 ethnic groups in this state. Allowing only Berom to rule after eight years of Jang amounts to perpetuating ethnic hegemony”.

The former NPC boss said he told Mr. Jang when he and other party leaders were invited by the governor to seek support for Mr. Pwajok that Plateau people will not support the governor’s candidate.

Despite insisting that his successor will be chosen by God, Mr. Jang is said to have, this week, urged the people of the Plateau State to support the governorship bid of Mr. Pwajok, so that he will take over the senator’s seat in the National Assembly in 2015.

However, Mr. Makama, who hails from Plateau Central, stressed that “Plateau people will not only reject government candidate, we will reject another Berom speaking national to replace Jang in 2015”.

“In the spirit of equity and fairness, the Berom should allow other zones to take the governorship slot in 2015, we don’t want one particular tribe to dominate and enslave others”, he said.