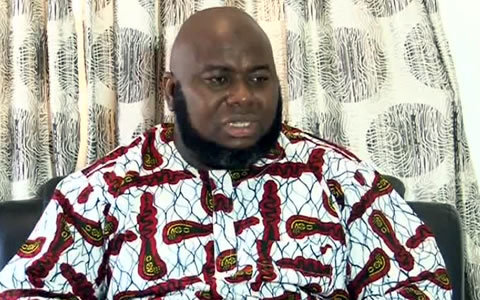 Founder of the disbanded Niger Delta People’s Volunteer Force, Alhaji Mujaheed Dokubo-Asari, on Wednesday distanced himself from the $9.3 million botched arms purchase in South Africa, saying he had not been to the country in over 12 years.

Asari was reacting to a statement by the All Progressives Congress, APC, in which the opposition party urged the Federal Government to come clean on the ex-militant leader’s involvement in the botched deal.

Speaking in a telephone interview with journalists from Saudi Arabia where he is presently performing the 2014 Hajj, Asari said the last time he visited South Africa was in 2002 and could not have visited any country without being issued a visa.

He said, “Can you enter any country without a visa? No person can enter any country without a visa. Presently, I am in Saudi Arabia performing my Hajj as the Amirul Hajj of Bayelsa State and this can be confirmed. I flew Flynass from Kaduna on the 27th. So, it is really a shame that Lai Mohammed who has defiled the name of Allah has become a pathological and award-winning liar.

“Nobody enters any country without a visa and I have not been to South Africa since 2002. My passport is present. I flew Arik airline from Lagos on the 27th and went to Kaduna where I flew Flynass airline and came to Saudi Arabia.

“APC has reduced itself to a party of liars just the same way their presidential candidate, notorious liar and confirmed dictator, General Buhari, stage managed an assassination in order to gain cheap popularity and where more than 100 people were killed and he has not been put on trial. The evil they wish me will be visited on their home”.