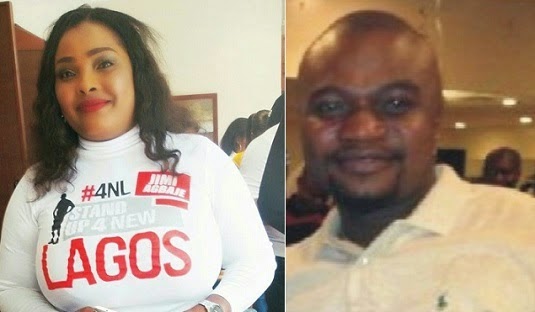 Yoruba actress, Ronke Odusanya aka Flaky Ididowo was a happily married woman some days ago and it was all over the news that she had secretly wedded her hubby, Femi Anibaba.
The actress who was once romantically involved with

Fuji act, Wasiu Alabi Pasuma, was said to have met her hubby a few months ago through a mutual friend and went on to hold a quiet traditional engagement ceremony in Lagos.Not up to a week after the marriage, woman claiming to be the ‘original’ wife of Femi Anibaba who found out about the marriage online is crying foul on facebook.! Folape says she is still legally married to her husband of 12 years and they have three kids. 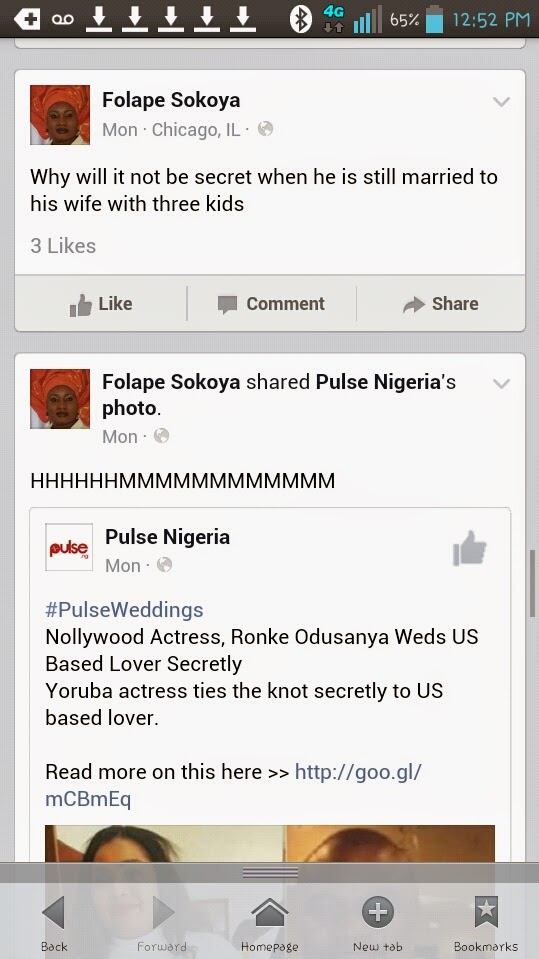 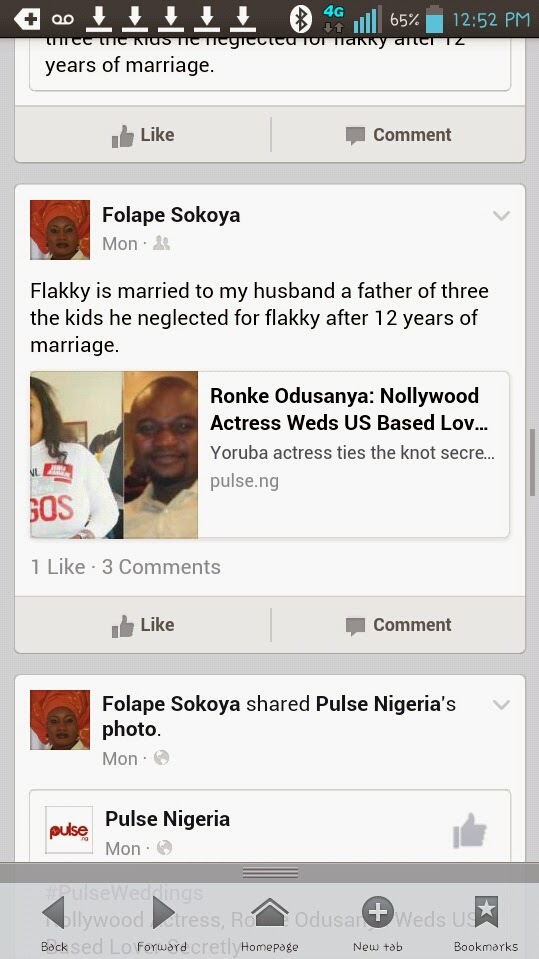