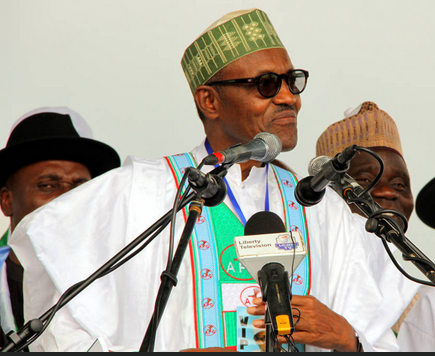 A former Head of State and presidential aspirant of the All Progressives Congress, Maj-Gen. Muhammadu Buhari (retd.), said on Saturday in Kaduna that allowing the Peoples Democratic Party, PDP, to rule for another four years would spell doom for the country.

Buhari said he was personally concerned on the deliberate plot of the ruling party to use religion and ethnicity to destroy the country.

The former head of state, who spoke at a Northern APC Stakeholders Interactive Meeting in Kaduna on Saturday, maintained that the greatest problem confronting Nigeria was not religion or tribal differences, but the deliberate plot by the ruling PDP-led federal government, using religion and ethnicity to further divide the country for selfish gains ahead of the 2015 general elections.

Speaking further, Buhari lamented the militarisation of the last governorship elections in Ekiti and Osun states, where a large number of soldiers and other security operatives were deployed for the election.

The presidential aspirant argued that the move was a pointer to the ruling party’s desperation to maintain its hold on power using every means at its disposal to achieve the aim.

According to Buhari, the Chibok schoolgirls, who were abducted by Boko Haram in Borno State, would have since been rescued if the Federal Government had deployed similar number of soldiers it deployed in Ekiti and Osun in the North-East where the insurgency has claimed the lives of thousands of Nigerians.

Saying that 2015 should be another year of concern for Nigerians, Buhari insisted that another four years of PDP would send Nigeria down the drain.

He, therefore, urged the Independent National Electoral Commission, INEC, to ensure that it did not disenfranchise eligible voters in the ongoing voter registration and to also provide a level playing ground for all political parties and candidates.