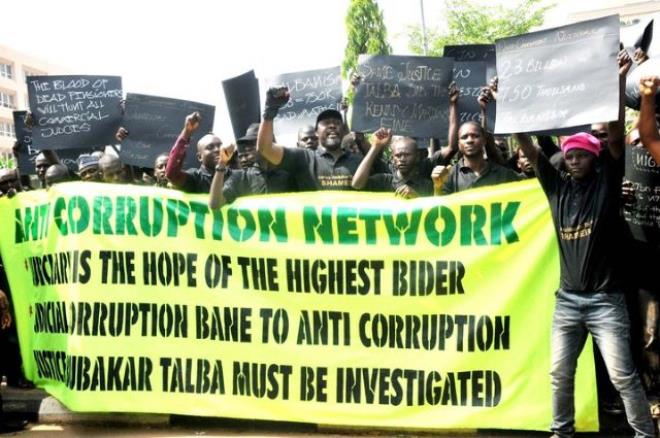 A Non-Governmental Organization, Anti-Corruption Network, has given the Federal Government one week ultimatum within which it should ensure that the sole financier of the Peoples Democratic Party, PDP, in the South-West, Chief Buruji Kashamu, is released by security agencies and extradited to the United States for prosecution over alleged criminal charges.

The ACN warned that should the government fail to comply with its demand, it would seek redress in Court.

The organization’s Director (Outreach Services), Mr. Timi Frank, in a statement issued on Monday in Abuja, said it had written a petition to the Attorney-General of the Federation and Minister of Justice, Mr. Mohammed Bello Adoke (SAN), to that effect.

Mr. Frank said the demand became necessary because “his appeal to quash the criminal case against him has failed for the second time in an America Court”.

But the PDP chief has always maintained his innocence, saying he cannot be tried twice for the same alleged offence since he has been cleared by the Courts in Nigeria and in the United Kingdom.

The ACN said a man with international warrant on him such as Kashamu, should not be allowed to parade himself in Nigeria as a political leader.

He said, “We have written a petition to the AGF on the need to release Mr. Buruji Kashamu to the security agencies in America looking for him. A man with international warrant on him should not be allowed to parade himself in Nigeria as a political leader

“Buruji Kashamu who is facing criminal charges and trial in an America court in a case with suit No. 94CR17215, escaped to Nigeria and have since refuse to go back.

“His appeal to quash his criminal case failed for the second time in an America Court. We therefore by this notice, ask that if the office of the Attorney General of the Federation refuses to act accordingly within the next seven days, we will go to court to seek redress.

“We are a responsible society and the world is a global village. Criminals should not be granted succor anywhere in the world. As an organisation, we shall always defend the laws of our land and protect our society from intercontinental criminals and crooks. No amount of blackmail, intimidation, harassment or name calling will detract our attention from championing the course of justice as fair play in the Federal Republic of Nigeria.

“We have no other country but Nigeria, so we must do all within our powers to protect the basic sanctity of truth. We will continue to advocate for a just and egalitarian society. A word is enough for the wise!”