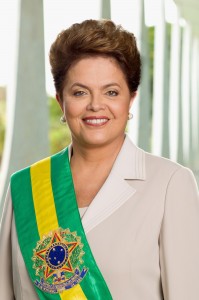 A hotel employee has been taken hostage by an armed man on Monday in Brazil’s capital Brasilia. The armed man is demanding that President Dilma Rousseff step down from power, according to leading news website G1.

The hostage taker seized a male employee of the St. Peter Hotel, forced him to wear what appeared to be a vest lined with sticks of dynamite, handcuffed him and led him out to a balcony on the 13th floor of the building.

Members of a police bomb squad (BOPE) and the Civil Police Special Operations Division arrived at the site to negotiate the hostage’s release, while sharpshooters took their positions in case the talks failed and authorities gave the go ahead to shoot the armed assailant.

The Civil Police verified that the assailant was wielding a real gun, but said it was impossible to completely determine whether the explosives were real, saying they had the potential capacity to destroy three floors of the hotel.

“We are 98 percent sure that they are explosives,” Paulo Henrique Almeida with the Civil Police, told G1.

Negotiators said the assailant was not seeking a ransom, only calling for “Dilma’s downfall” and making other somewhat confusing demands.

Around 2 p.m. local time, the assailant told officials they had six hours to meet his demands.

He also demanded “the extradition of (former Italian leftist radical) Cesare Battisti and the application of the Clean State Law, and the time period is running out,” said Almeida, “He said he will detonate the explosives if we don’t heed his demands.”

Police have evacuated the hotel and adjacent buildings, and searched an area of some 500 meters around the St. Peter for other explosive artifacts.

The incident comes a week before Brazilians go to the polls on Sunday to elect a new president.