Reports coming in from Turkey indicates that Nigeria’s international, Emmanuel Emenike is on Arsene Wenger’s shortlist ahead of a possible £15m (about N3.9billion) deal in the January transfer window.

Dailystar.co.uk reports that Emenike has been strongly linked with a move to the English Premier League, EPL, in the last 18 months, with Chelsea believed to be close to bringing him to the Stamford Bridge during the summer.

However, latest reports claim that Wenger has asked his scouts to watch Emenike closely with Arsenal ready to spend £15million on him if he impresses. 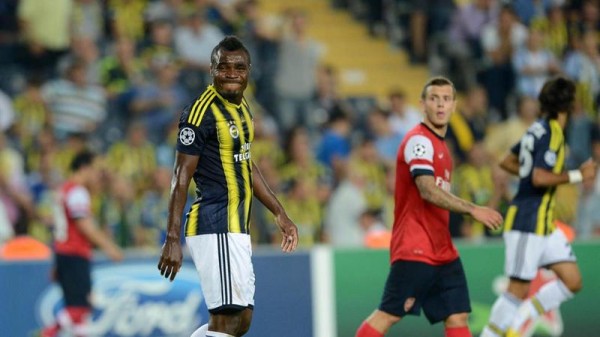 He struck 12 goals and assisted nine goals in just 28 appearances last season while he has struck once this campaign.

Emenike, who has scored 15 goals in 24 international games, has so far played for six clubs during his career ranging from African sides Delta Force and MP Black Aces to Russian outfit Spartak Moscow.

He is currently with the Nigerian national team, the Super Eagles as they prepare to take on Sudan later today, Wednesday, 15 October, 2014 in one of the qualifiers for 2015 African Nations Cup, AFCON, holding in Morocco early next year.