The Catholic Church has decried the level of hardship some of the over 90,000 of its members displaced in the troubled North-East are going through. 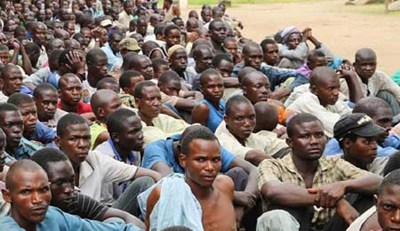 The church, in a press statement by the Director of Information, The Catholic Diocese of Maiduguri, Rev. Fr. Gideon Obasogie, on Sunday, said most of the displaced victims had to feed on grass and insects to survive in their hideouts, while some others have had to bury their children killed by hunger and starvation in the bush.

He added that some of the displaced Boko Haram victims were still searching for their loved ones in both Maiduguri and Yola dioceses.