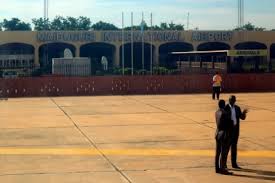 The Federal Government has been urged to reopen the Maiduguri International Airport, Borno State, so that the more than 4,000 Muslims, currently on pilgrimage to Saudi Arabia, can arrive in the country using the airport.

The airport has been closed for about a year, due to the persistent Boko Haram attacks in the state.

The pilgrims from both Yobe and Borno states had to take the risk of traveling by road to Dutse and Kano to join flights to Saudi Arabia.

Secretary of Borno State Hajj Committee, Alhaji Adamu Timta, said on Monday that the closure of the airport had brought untold hardship to the pilgrims and increased the challenges faced by the Borno State Government, which had to put in place needed strategies to airlift the pilgrims from both Kano and Dutse.

He said, “The transportation of the pilgrims from Maiduguri to other states was very risky in view of the Boko Haram attacks.

“Transporting 2,645 people from Maiduguri to Dutse and Kano is not an easy task even if you are using an aircraft.

“We had to pray very hard against any attack especially on the highways between Maiduguri to Damaturu.

“We also had to ensure proper arrangement with relevant security agencies to ensure a hitch-free movement of our pilgrims.

“Should the airport be reopened other socio- economic activities that would greatly help in boosting the potentials of the state would also spring up”.