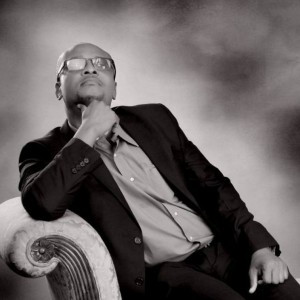 Charles Novia was bound to say something about this Linda Ikeji drama, it was just a matter of time. Charles Novia is one person I know would say his mind without any bias.

Enjoy…Here’s what he has to say: –

I repeat; this Linda Ikeji and Aye Dee new twist is one big bullshit! This is not about bringing anyone down now, as some usual suspects would allude stupidly. This is about being pragmatic and investigative, using your brains for the purpose they are meant for.

I’m not in any way taken in by the story and though I had publicly sympathised with Linda in other posts when her blog was facing copyright issues, this new twist understandably brings certain aspects of her credibility to question and scrutiny.

Now, get where I’m coming from in this theory as an analyst and critic. I’m not a lawyer. The lawyers will have their own opinions. I am an authority in matters of body language and media histrionics both visual and written. Part of the job sniffs lies out or things which don’t just add up. And this story does not add up.

This looks like a contrived episode of ‘Scandal’ or some Hollywood TV series. A guy chats with you for years and is your pal whom you have never seen and after a while disappears from the scene, then resurfaces as The Grudge Genie in your life when you are down and says he was scorned by you, whose success he claims he orchestrated and in a show of obtuse repentance and yet another manipulation, he promises to put things back to normal. Season One.

Many things about this story demands microscopic analysis. First, there is something fake about the chats both parties had which Linda reproduced on her blog. Secondly, couldn’t this Aye Dee fella, smart as he makes himself to be, have simply initiated the chat and when Linda replied at the initial stages after introducing himself as the long lost mentor, asked for her number and personally call her on the phone to have a private conversation with her? But he went on chatting and ‘foolishly’ put himself at risk of a law suit. This is not the mistake of a stalker or a smart techie. This is a deliberate ploy, if you ask me.

The part where he says he will make her the richest woman in blogging or something like that is what raises the red flag. That by itself seems like the whole premise of this plan. Like ‘Let’s create a huge scandal which would drive the mother of all traffic to your new blog and even your old blog. Let’s move you up from number 10 on the rankings to Number 1′. This kind of tech deviant could very well plan that kind of stuff. And he needed a Jay Z/Beyonce Elevator reconstruction on a tech scale to perfect such plans.

And for those women going emotional over the aspects of the Stalking angles of the story, perhaps that is just what was intended? Knowing that almost every woman must have had issues with stalking one time or the other in their lives and that is a convenient emotional subterfuge to draw the attention away from the prodding questions everyone would normally ask.

There are a few other red flags in the whole story which I will leave out for now. But it is instructive to know that my public scrutiny of this story is as much a holding to account both Aye Dee and Linda as it is an airing of my personal angst over a saga gone South.

Perhaps I have watched too many detective movies but if that be the case, thank God I have then. It has helped in improving on my sense of investigation. And I am very sure a couple of investigative journalists will sniff out the wobbly aspects of this story till the end.

I stand by my suspicions. And not because I don’t like Linda, who’s someone I respect for her achievements but because she is as much liable to be scrutinised in this case as she does those she writes about on her blog in the past.

The Goldfish has no hiding place.