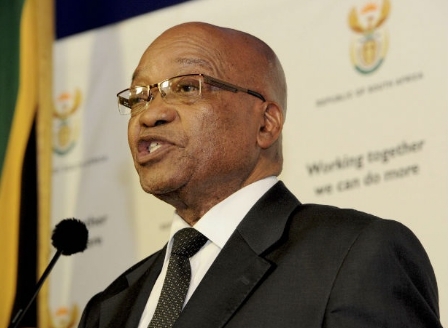 The South African media have published documents confirming the legitimacy of the $9.3million botched arms deals between Nigeria and the former apartheid enclave.

Reports by Rapport and City Press affirmed federal government’s official position that the transactions were legitimate.

The media houses said contrary to insinuations, end user certificates and a ‘shopping’ list accompanied the transactions as well as a note from Nigerian government authorizing the deals.

According to the reports, documents showed that the earlier consignment was approved by the Nigerian government  through the Office of National Security Adviser (ONSA), which is officially mandated to issue the end-user certificate for such transactions involving the nation’s security agencies.

An entire “shopping list” was also said to have been supplied with the certificate, which included everything from helicopters to unmanned aircraft, rockets and ammunition.

A top security source in the intelligence service disclosed that “In issuing end-user certificate, the ONSA ensures that it carries all relevant agencies and stakeholders along. Therefore, such a responsibility is not a unilateral development.

“For security reasons, the chains leading to the issuance of end-user certificate cannot be put in the public domain.

“The recent interest in arms purchase was informed by the challenges of insurgency which our nation had been grappling with in the last few years. This is why the understanding of all Nigerians is necessary.

“Nigeria is desperate to counter activities of terrorists no matter what it takes even when some of our friends are not being fair to us.

“The government appeals to the media and all Nigerians, especially the opposition, to consider the overall national interest on security issues. They should not read negative meaning to every good intention of government in tackling insecurity in the country”.

Continuing, the source said “The federal government and some top intelligence officers are concerned about how some officials of South Africa decided to frustrate the efforts of Nigeria at containing the activities of terrorists operating in the North-Eastern axis.”

DailyPost gathered that there are concerns that despite the leeway given to South African companies to thrive in Nigeria, there are still officials of the country who are determined to frustrate Nigeria, which in April this year overtook South Africa as Africa’s largest economy.

Government loyalists insist that the botched deal is being used by some prominent persons for political reasons.

They also accused “vested interests” of wishing the war against insurgency was not won.

On the latest story of seizure of over $5million by South Africa, those in security circles say it may just be a refreshment of the old story with a new angle.