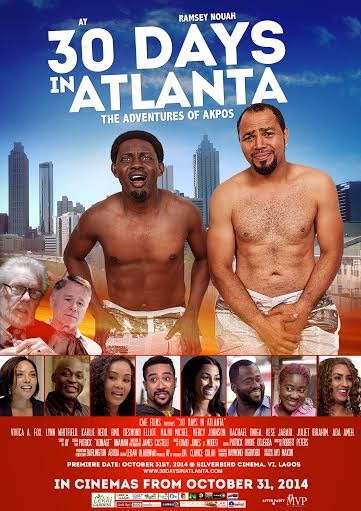 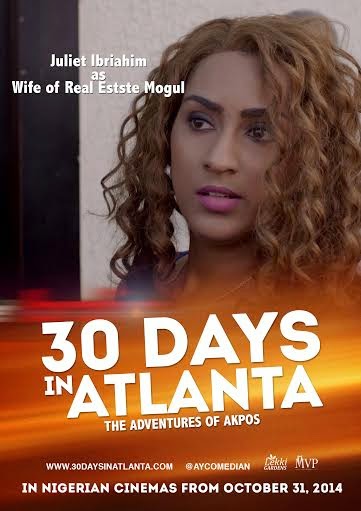 The much anticipated AY’s All-Star Cast and BON Award winning Comedy Movie of the Year ‘30 Days In Atlanta’ is finally set premiere at Silverbird Cinemas with a release to other Cinemas across the nation on Friday October 31, 2014. 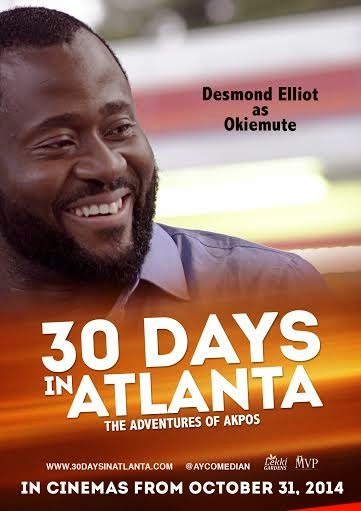 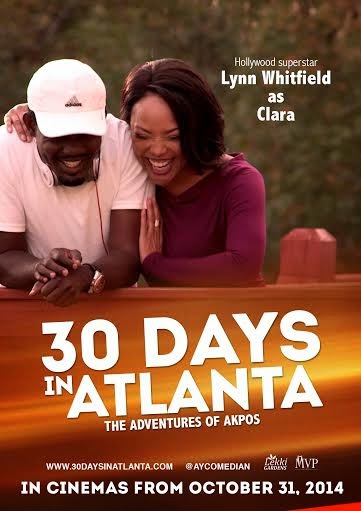 “30 Days In Atlanta’ is an adventurous love story – spiced with lots of action and hilarious moments. This a-laugh-a-minute story paints, in beautiful colours, the hugely popular (and social media trending)  Akpos character which was created from the AY Show’s Who Wants To Be A Billionaire hilarious skits.

Right from Warri until he landed in Atlanta, Akpos flung his unique personality, showing-off his smartness and foolishness in an exciting mix of rhetoric and witty humour. An impromptu social commentator and self-appointed psychologist, Akpos finds relevance in everything and everyone around them.
The movie which already has 11 nominations  at the upcoming GIAMA Awards in Houston, is described by AY as “a Hollywood meets Nollywood with a Ghollywood twist featuring AY, RMD, Ramsey Nouah, Mercy Johnson, Desmond Elliot, Vivica Fox, Lynn Whitfield, Karlie Redd, Majid Michel, Juliet Ibrahim, Kese Jabari, Rachel Oniga, Ada Ameh and a good number of other actors”.
Movie lovers will be buzzing as they watch their beloved Nollywood stars act alongside Hollywood’s finest” in ‘30 Days In Atlanta which was produced by popular comedian AY from a screen play by Patrick ‘Koinage’ Nnamani and AY himself. The film was directed by Robert Peters. 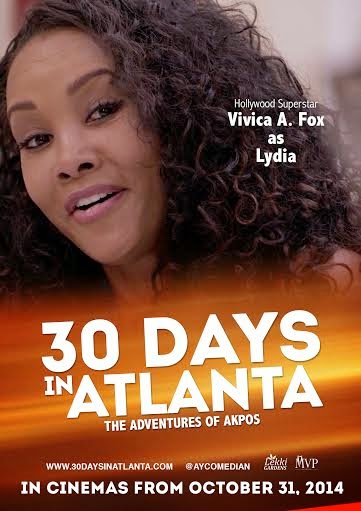 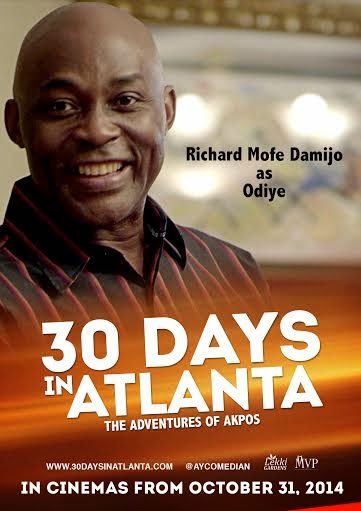 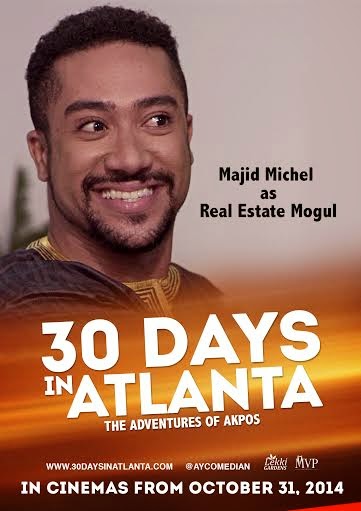 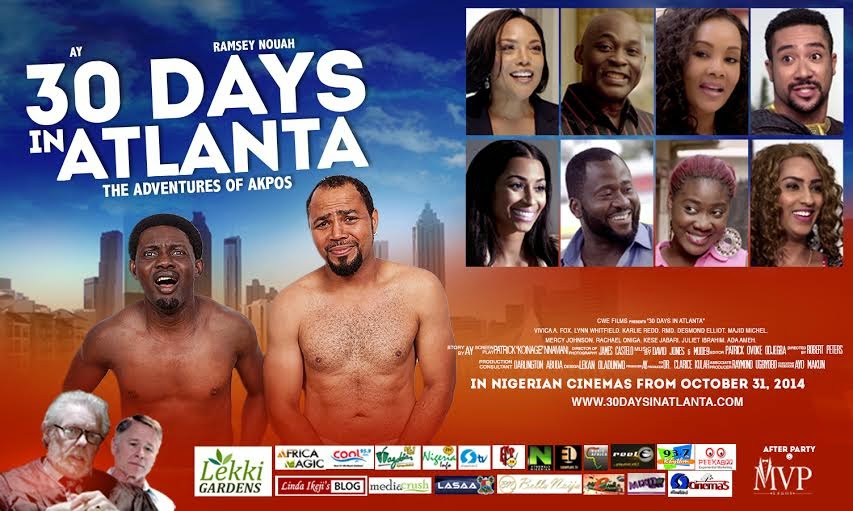 30 DAYS IN ATLANTA – Behind the scenes