Cristiano Ronaldo: “I have no relationship with Lionel Messi” 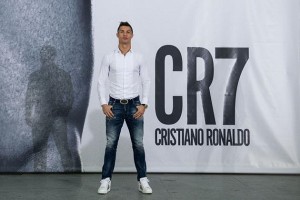 Probably the most soccer star of our time, Real Madrid striker Cristiano Ronaldo has described his rivalry with Lionel Messi as a positive rivalry and sees no big deal been compared to the Barcelona forward as they both have no relationship outside football.

Speaking with World Soccer recently, when asked for his thoughts on the rivalry with the Argentine forward, the three times World best said: ‘This is part of my life, It is normal that people compare us. I am used to it. It happened to me at Manchester United and I know how to manage it.’ ‘We are football colleagues. Outside of football I have no relationship with Messi, but not with other players either. It is a positive rivalry’

The Portuguese player left Manchester United in 2009 to Real Madrid for a World record fee of £80million.

Shine Your Eyes, Don’t Let Men Take Your For An Idiot – Toke Makinwa

Media personality Toke Makinwa has taken to her Twitter page to dish out a piece of advice to all her followers. According to the author...
Read more

Moyo Lawal Replies Lady Who Preached Repentance To Her (Photo)

Popular curvy actress Moyo Lawal has reacted to a call for repentance a fan bade to her in her comments section. The actress who shared...
Read more

Uche Maduagwu has some word for veteran actress, Rita Dominic in his new Instagram post. The actor who is known to be very vocal about...
Read more
- Advertisement -