Reports from Leadership have revealed that the ailing governor of Taraba State, Danbaba Suntai is being protected from his deputy Alhaji Garba Umar due to suspicions that Umar wants to fully take over as governor. 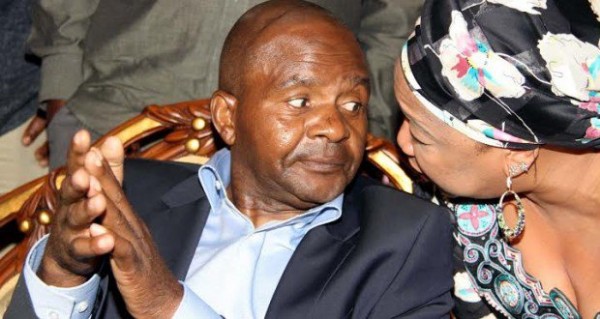 This was gotten from Senator Emanuel Bwalcha, who made this known to the Senate correspondents yesterday.

Bwalcha also said this suspicion was based on the ceaseless unpleasant actions of the acting governor towards his principal since his involvement in a plane crash.
He also explained that the actions of Umar’s actions and body language is evidence that he was not hoping to see Suntai back in office. This has led the Senate to make the decision to keep the deputy away from the Governor as they are now concerned about Suntai’s health. It was also revealed that Umar nurses a desperation to hold on to power and this  is in turn causing tension in the state.

Bwalcha says: “If we have empirical evidence that you are working towards sacking your principal, and from all available facts, you want him sacked and you are not able to achieve that, now suspicion will begin to emerge that other extra-ordinary means could be used, and that is why, for security reasons, nobody would even allow you to see him.”

It will be recalled that just last month, the Taraba State acting governor Alhaji Garba Umar have insisted that he has no ill will towards Suntai and only wishes him quick recovery.

Suntai, who has openly admitted that he is ill and needs help, suffered serious injuries when a helicopter he was flying crashed near Yola, the Adamawa State capital and since then, he has been undergoing treatment in hospitals abroad in October 2012.