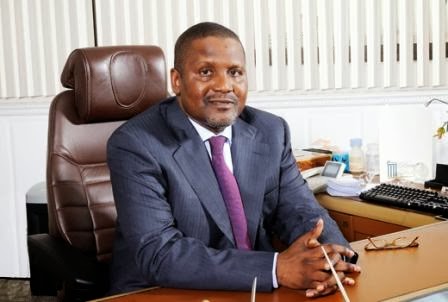 The President, Dangote Group, Aliko Dangote has said he will invest $12 billion in Nigeria’s economy. This is as he expresses his belief in the country. Dangote made this known in his eid-el-Kabir message issued in Lagos.

Out of this, he said, $2.3 billion would be invested in sugar and rice production in Adamawa State to create about 180, 000 jobs and combat terrorism in the North-East.

According to the statement issued in Lagos, apart from the $12billion dollars he plans to invest in Nigeria, he would also invest $4billion in other parts of Africa in the next five years.

The business mogul stated that he would not have invested in the country, if the atmosphere was not conducive.

Dangote urged Nigerians to use the festival to pray for the country for peace and security to prevail.

He pointed out that all Nigerians needed is to continue to pray to God and cooperate with the government to jointly solve the nation’s problem.

While wishing all Muslims a spiritually rewarding festival, Dangote described the current situation in the country as a passing phase. He urged Nigerians not to allow themselves to be overwhelmed by despair but to be determined and courageous.

“It is high time Nigerians rededicated themselves and maintain the virtues, without which the country would continue to wander hopelessly”, he added.