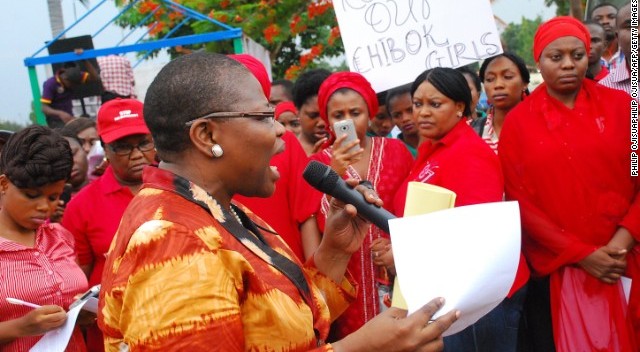 As the over 200 Chibok schoolgirls abducted from their dormitory on the night of April 14th, 2014 spend 170 days in the hands of the Boko Haram sect today, the BringBackOurGirls advocacy group, has launched a passionate appeal to the federal government and the international community not to forget the girls.

According to the group, while government must act decisively and urgently in taking every measure possible to rescue the girls, it must also put in place all the necessary mechanisms, structures, systems and procedures of reintegration, rehabilitation and resettlement to effectively handle the challenges that months of trauma would have caused the girls.

It urged the government and Nigerian Armed Forces to accord the rescue of the girls the highest possible priority.

The group added that the country’s 54th Independence Day called for sincere and sober reflections, even as it recalled the last line of the national anthem, “One Nation, bound in freedom, peace and unity”, does not at the moment hold true for the over 200 Chibok schoolgirls, who have been in captivity for 170 days now.

The statement further noted: “Our advocacy has always been for a singular purpose; and that is for our government and security agencies to act to rescue and save the abducted Chibok girls who are daughters of Nigeria. We have refused to move on from our single issue focus. We however remind the federal government that it has the responsibility to ensure that these girls are rescued so that they can again live in freedom, peace and be united with their families”.