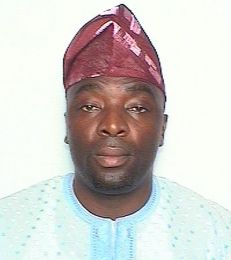 Despite the loss it suffered in the June 21 Ekiti Governorship Election, the Chairman, House of Representatives Committee on Communications, Mr. Oyetunji Ojo, has said the All Progressives Congress was still popular in the state.

He also said the party will recover and bounce back even stronger from the defeat.

The federal lawmaker, who represents Ekiti Central Federal Constituency, stated this on Sunday after commissioning boreholes, ICT centres among several other projects initiated by him in addition to giving financial assistance for people of Ekiti West, Ijero, and Efon Federal Constituency.

The federal lawmaker described as lies, recent claims by some chieftains of Peoples Democratic Party in the state that scores of APC members had been defecting to their party in droves.

“I can tell you without any fear of contradiction that irrespective of what the opposition parties may be saying, our party is still firmly on ground and people will get to know this in not too distant time. All that is happening now is just for a while”, he said.

Ojo, who is the husband of Folashade, the Iyaloja-General of Nigeria and first daughter of the APC national leader, Senator Bola Tinubu, said contrary to such claims, APC in Ekiti State was still intact.

He also urged all members of APC across the state not to be bothered by the development, saying efforts should be geared towards winning all other elective offices such as Senatorial, House of Representatives as well as House of Assembly seats in the 2015 general elections.

According to him, part of their strategies is to ensure that credible candidates with electoral values are picked, as it is usually the norm with the APC.