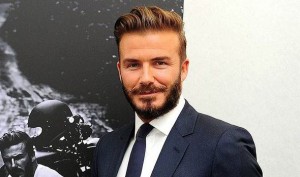 According to figures from the accounts for the company that  handles the former Manchester United and Real Madrid  star’s personal endorsements, Footwork Productions, revenue dropped to 14.8 million pounds ($24 million) from 16.5 million pounds (then $27 million) in 2012.

The former England captain retired in May 2013 after five months at Paris Saint-Germain having left Major League Soccer in December 2012 following his more than five years’ stint at the Los Angeles Galaxy.