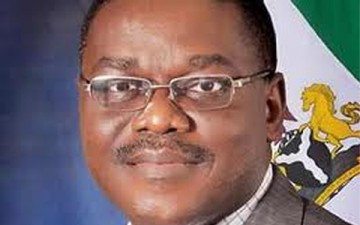 As opposition continues to mount against the endorsement of Minister of Health, Prof. Onyebuchi Chukwu as gubernatorial candidate of the Peoples Democratic Party (PDP) in Ebonyi State, some PDP members in the state have described his adoption as shocking and unacceptable.

The PDP members, under the aegis of Concerned Citizens of Ebonyi State lamented at a press briefing in Abuja that it was uncharitable for the governor of the state, Martin Elechi and a handful of people “to impose somebody on the people of Ebonyi state”.

Dr. Jerry Uhuo, who spoke on behalf of the group over the weekend, said Chukwu is “believed to be unknown to be a PDP card-carrying member, adding that because he is a “minister does not qualify him to step in as a gubernatorial candidate in a carefully orchestrated imposition exercise”.

He added: “we wish to state unequivocally and to inform all Nigerians, the National Working Committee (NWC) of the PDP, and all well-meaning people of goodwill, that the stakeholders, youths and leaders of thought of Ebonyi State in the state chapter of the PDP will go ahead to conduct party primaries for PDP for PDP members and whosoever emerges will enjoy the support of the party members in Ebonyi State”.

He continued; “the essence of democracy is to give people freedom. Even when consensus becomes necessary, you will still bring that person before the people and test his popularity, you don’t impose somebody on the people”.

The spokesman, however, added that if Chukwu is coming out for elections, he must come out with intimidating credentials.

“A man who sacked resident doctors while he was CMD of Ebonyi State Teaching Hospital, he has a huge problem which also forced him out of the hospital.

“If NMA is not a strong body, his sack of 16,000 medical doctors would have stood today, but is it good? Is it what he will offer the people?” Dr. Uhuo asked.