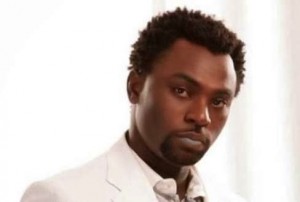 It’s Sallah day and Etcetera is back at it again. This time, the critic attacks Nigerians ladies that wear body magic and wonder bras this time.

His new article is titled ‘The Miracle of Body Magic and Wonder Bra”.

Those women who wear simple and proper undergarments, this article is not about you. It is for those women who are confused and concerned and are leaning toward spending their hard-earned money on a magic garment that is being peddled as if it can solve all that ail them, only to be sorely disappointed.

Every eight seconds, a woman looks in the mirror and wants to be smaller. I have a huge problem with this type of women. Whenever I meet people who pretend to be what they
are not, it gets under my skin. When you present yourself as something, you’re asking me to trust you are exactly what you say you are. Why would you then abuse the trust you asked for with the goal of winning my heart? That is not fair.

A friend of mine introduced me to a very hot chic at a bar in Ikeja and after hours of hanging out and getting to know each other, she followed me home. All I could think about was what she’d look like under all those tight clothes, but when she finally grunted her way out of those really tight jeans and her body began to spread in all directions, I suddenly had a headache and didn’t feel so well and I gave her cab fare home.

I mean, is this body magic thing for-real? It is ridiculous. To think that someone would honestly wear it instead of putting the time and effort into actually losing the extra pounds should be a personal embarrassment. It’s really gone past pathetic. The extreme to which our women are going to capture an image of beauty that is neither holistic, healthy nor attractive is crazy. It seems so strange that some ladies complain about not being able to find sincere, honest and real men when everything about them is synthetic, processed and unreal.

Ladies, let me sell you a clue. If you find a man, any man, who seems to be attracted to women who have certain physical attributes like fake hair, fake nails, fake round bum-bum, fake flat stomach, fake eyelashes and fake breasts, odds are he’s a fake man. So if that’s what you’re looking for (fake men), then that’s cool. Leave the ‘real’ men to the ‘real’ women. If my girl had to undress and all of a sudden picked up 8 to 10 pounds merely by taking off her corset, the attraction would have ended immediately. Because it is a fraud and I don’t get myself involved with fraudulent people.

What worries me most is, how do you as a lady guard your emotions from the reaction you will inevitably receive when that look of shock and disdain appears on the face of your man after he sees those parts you’ve been hiding under that body magic? If you find yourselves that undesirable, why would you expect a man to find you desirable?

Let’s look at this thing called body magic and the falsity around it. It makes you feel you have dropped three dress sizes right? Which basically means you’ll shave off about three inches of fat in ten minutes, firm up your abs, and boom, you’ve lost all the extra weight. Yes girlfriend, a body magic can reshape you. Wearing a corset can change your bust-line, by raising the breasts upwards and shaping them, flattening the stomach, and improving posture. However, these effects are only temporary and will be lost on removing the corset. Indeed, excessive corset wearing has been claimed to weaken certain muscles, making it more difficult to maintain your shape.

Another thing a body magic can’t do is make a mound of fat disappear. Using a body magic for this purpose does nothing except shift mass fat into a place it originally was not supposed to be. Think about it, if fat was supposed to be buried deeper into your body, then guess what? God would have put it there. It’s stored on the outermost parts of your frame for a reason. Squeezing into a body magic and hoping it’s going to help permanently hide whatever flaws your body may have is a joke. And for Christ’ sake, the thing is so uncomfortable and tight, that it makes you unable to breathe or ease yourself when pressed.

I am really sad that our ladies don’t talk about healthy eating or exercise anymore. Body magic is a temporary fix at best and deceitful for that matter. Ladies, let’s be truthful here, if you met a guy who was wearing a muscle garment and once he took his shirt off, he was all flab underneath, won’t you be very disappointed?

Don’t get me wrong, I don’t have a problem with a woman using the garment in the process of losing weight and wanting to look toned down after childbirth. What I have issues with is the fact that we in this country are all about the quick fix. I think we should know that looking good is not just about hiding the body fat.

And wait a minute, I know some of you may actually think that you don’t have to stop eating your favourite fatty foods, because your body magic will force you right back in shape. You forget the fact that those foods are unhealthy and lack proper nutrition for the body. You also forget that those are the same foods that got you in a physically unfit figure in the first place. Forget the fact that those foods aren’t going to help you maintain that figure. Should you magically obtain it, you don’t want to sacrifice and take pains to exercise. Doesn’t it surprise you that the garment is called body magic, like abracadabra? It can give you all you want and you don’t have to sacrifice at all. My dear, nothing works that easy.

Why not work harder to achieve a permanent figure you are craving for? It must be hard, or down right depressing to walk around looking fine most of the day, and then having to take off the fine body suit and look at the undesired one at night. It’s like you are trying to fool yourself and others. Eventually, you’re going to have to face the ‘fat’. Remember when you take off that body magic, gravity takes over! And no man wants to buy an illusion. We all want the real thing. It’s just sad that some Nigerian women are so hell bent on instant gratification. It would be beautiful to see you ladies embrace yourselves as you are. If you run like a rat, smell like a rat and look like a rat, then guess what girlfriend, you are a rat.