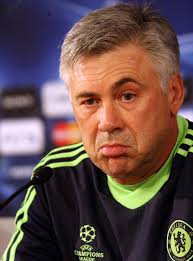 Wenger has come under heavy criticism on the handling of the club’s transfers, and his lackluster approach to transfer dealings has seen the gunners fall short defensively this season.

Though the gunners secured FA Cup glory recently, they look in contrast to the team of last season.

Their recent crumble at home to HullCity further illustrated the threadbare situation in defense. Laurent Koscienly Achilles injury meant Nancho Monreal debuted at central defense alongside Per Merteshacker against the Black Cats. Inexperienced Hector Bellerini has been forced to replace Mathieu Debuchy, who is nursing a leg injury.

A chance for silverware this season looks farfetched. Arsenal were eliminated from the league cup when they lost at home to Southampton. They don’t seem to posses the firepower to mount a title challenge, amid the crisis in defense. The Uefa Champions League would be too much of ask. Realistically, the competition they last won is their only chance of a trophy this season.

The Arsenal board has continued to express support and sympathy for Wenger but failure to win a trophy this season could see the 65-year old resign from his duty.

Replacing Arsene could become an arduous task and sources have told Information Nigeria that the London club are already making plans to tempt Ancelotti from Real Madrid.

The Italian has continued to remain fond of English Football and hopes to one day follow the footsteps of Jose Mourinho, who returned to England after a short stint with the Los Blancos.