Mauricio Pochettino was left frustrated with Roberto Soldado, who missed a penalty and a sitter to level matters at the Ethiad, that subsequently saw them finish the game with a four goal deposit against Manchester City.

Soldado, 29, has produced only six goals in 31 League appearances. But with Spurs fighting for Uefa Champions League spot, the Spaniard is not the figure to lead them to that feat.

With the gunners having viable options in the final third, Podolski has struggled to break into the first team.

The player has continued to express his frustrations on being left out on the bench, yet a move to the gunners arch rivals could see the German get more game time. 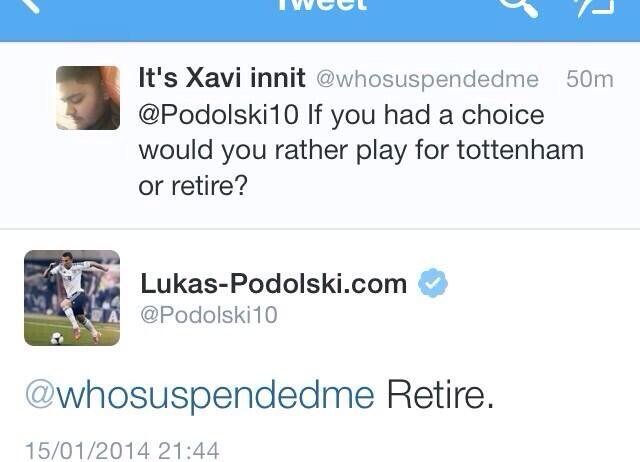 That move has come under scrutiny by the player himself. In January, during a twitter session with fans, Podolski was asked if he could feature for Tottenham oneday, but the former Cologne striker remarked he preferred retirement over the opportunity.