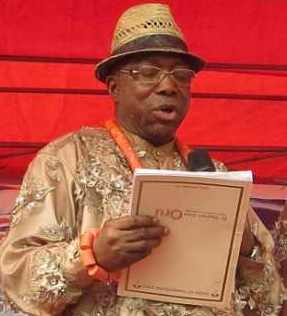 The Minister of Niger Delta Affairs, Stephen Oru, on Thursday, said that the ongoing expansion of the East-West road would cost one billion dollars (about N165 billion).

Mr. Oru disclosed this in Calabar, Cross River State, during the graduation ceremony of the 2nd Batch of participants of the Identify, Train and Engage Scheme (ITRENS) of the ministry.

The News Agency of Nigeria, NAN, reports that the scheme is a youth empowerment programme sponsored by the Ministry of Niger Delta Affairs.

The minister expressed optimism that the road would be put to use by the end of December.

He said his optimism on the road’s completion was based on the fact that the contractor, SETRACO, opened “more work cans” to ensure its successful completion by December.

“We are still very hopeful that the greatest portion of the East-West road will be put into full use by the end of this year.

“`Between now and December, the greatest portion of one aspect of the dual carriage-way will be completely put into use’’, the minister said.

According to him, the delay in the completion of the road has been as a result of excessive rainfall.

Mr. Oru said that with the dry season at hand, the good portion of the road would be completed well before the end of the year.

“The road would be extended to Cross River State, which is the new aspect of the upcoming contract to be financed by China-Exim Bank which will gulp about one billion dollars.

“That road is going to be 90 per cent made of bridges and it will be extended to Calabar”, he said.

The minister assured the people of the area that SETRACO would do a good job to ensure that the road was put into use by the end of December. (NAN)