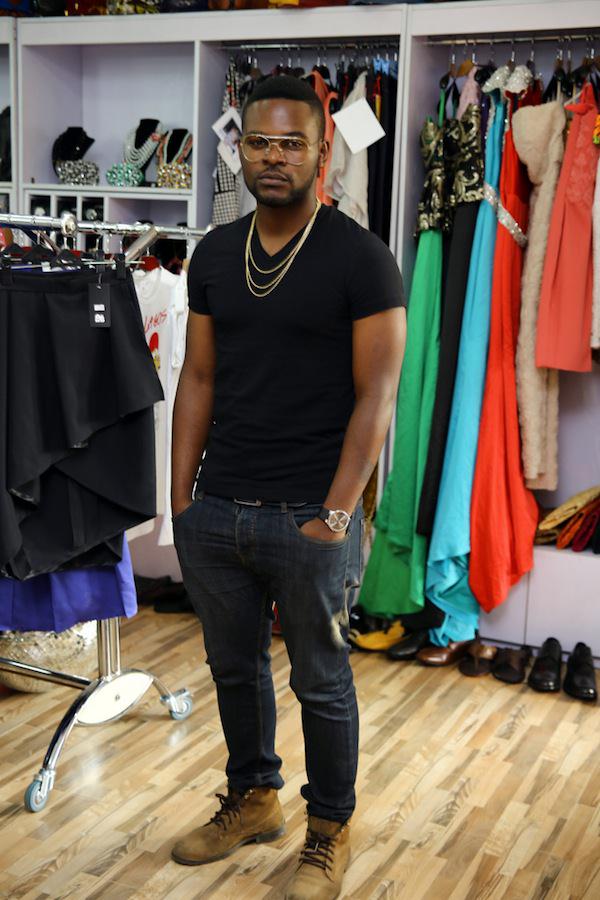 Folarin Falana aka Falz is the only son of popular legal luminary, Femi Falana. Immediately he returned from the United Kingdom where he had attended a university to study Law, Falz decided to to enter into the music industry.

Read excerpts from his latest interview: –

Tell us a little about yourself

My real name is Folarin Falana, I was born in a family of three children, I have two sisters, I went to primary school in Lagos, St Louis Primary School in Ikeja, I went to Secondary school in Osun State and then I went to uni­versity in the U.K, after that I came back to Ni­geria, went to Law school at Abuja, became a barrister and after that I decided to focus on my music.

How did you start music?

It was when I was in secondary school, I think SS1, myself and three of my friends formed a little group, we used to write raps and choruses then we started performing in school, then I continued writing and while I was in the university, I decided to take it serious, I think I would say I started professionally in 2009, and I pushed out my first project which was a mix tape, ‘Shakara the mixtape’, I pushed that out, and that was when everything kicked off.

You are a barrister, born into a family where ev erything is about law, how did you convince your parents to let you go into music

A lot of people think it must have been a battle, but it was not necessarily like that, they were never against it, they were initially surprised, because it came from nowhere, but eventually they came to accept it and now they like the music and they listen to my music.

You dropped your first single, Wazup guy in 2011 and your first album was released in 2014. So what took you so long?

Within that time, I was in the Law school I was quite busy getting my qualifications, because I felt that was important as well, I finished law school end of 2011, and that was when I had time to properly focus on the album. So the whole putting together and still pushing out some singles leading up to the album, that took 2012, 2013 and 2014, it’s not an easy process putting an album together and also strategising in terms of release date, and period time, those were the factors that were considered.

I have heard people say that but I don’t hear the similarities, I don’t think I rap like Sauce Kid, maybe it’s the sound of the voice which is quite possible, we can have similar voices but in terms of music I don’t think our sounds are similar. It’s only me that does my genre of music, I call it Wazap music, because of that razz flavor in my music that most people can really do, I think that is what makes me stand out as an artiste.

In most of your songs, you always mention Stu dio Magic, what’s your relationship with Studio Magic?

Studio Magic is a producing duo, two very talented guys based in the UK, we started working together in 2011, the first track we worked on together was Wazap guy, then Cool party and a whole of other tracks, we have great musical chemistry together, and we will keep working together to create magic.

You have your own record label

You are the only artiste on the label, are there plans to sign any?

Yes, but we are going to sign and develop more talents, but we are focusing on my career for now and make me as established as I can be, before taking on some new projects.

What has been the impact of music in your life?

Before releasing the album, you didn’t have enough singles to push out the Falz brand, so what prompted you to release the album?

It is subjective, my question is how many sin­gles would you say is a lot of singles? I have put out a lot of singles, but the way the industry is, a lot of people will say put out more singles, it’s not necessarily a bad thing, because they still feel you at that point where you are ready to put out a full album project, If you have released enough tracks that you feel is enough for an album, then why not, am not one of those people that will say you must have 20 tracks on your album

What were your setbacks before making your way to the music industry?

There were no setbacks before the industry, but while in the industry, there were a few terrible performances that set me back, after those I was discouraged and had to reflect, those mo ments will definitely come up, a lot of doubts and things that make you weak as a person. Earlier this year, I lost my brother-in-law, I was really hit for a long time, and it’s just getting back up that actually matters.

The industry is quite competitive, as an upcom ing artiste, how do you intend take the game to the A level?

When your stuff is unique, when you have a unique flavour in your music, I don’t think it would be that difficult, what I intend to do is to just stay hard working and keep working, because I think my music stands out enough to differentiate me from everyone else in the saturated industry.

What inspired you to do music?

What projects are you working on?

Right now, I cannot announce any project yet, because I just dropped my album, so for now I am just going to take a breather, obviously am going to be pushing out videos and songs off the album, but in terms of project and brand new music, I cannot speak of anything yet, obviously am still in the studio recording, be cause recording never stops, but in terms of when I would be releasing new stuffs, that I cannot announce yet.

Which of your videos will you be dropping soon?

I just dropped the video for ‘Toyin Tomato’, one of the songs off the album; there will be another video to be re leased very soon

How soon is very soon?
Am not sure, but defi nitely within the next two months

On which of your songs should we ex pect videos?

I cannot say anything, you will see for yourself.

How will you rate the industry?

It’s a growing industry, one with a lot of potential, raw talents and talented guys, but in terms of structure, there is no proper structure and this is where we have work to do, but because of the talented guys that are doing well for us as an industry, being loved and recognized even abroad, makes our industry one to be reckoned with and gradually the Nigerian music industry is becoming one of the best music industry in the world.

When your album dropped, what was the reception from the fans?

The reception has been great, people really like it and am happy with the responses am getting, it’s been mostly positive all the way, a lot of people who heard the album connect to me and my music more, which was the aim of the album

What was the feeling of your dad when you re leased an album?

He was happy, he had this feeling of joy, he was even present at my album launch concert, so was my mom, they were obviously proud of me and my achievements and were there to support me as they have always supported me.

So what is your dream as an artist?

I dream of international stardom and recognition, I want to win awards, I want to make an impart, I want to influence people’s lives, I want people’s life to be changed and touched through my music, that sort of influence when you are rated so high as a role model as a musician, that is the point I want to get to.

How do you handle your female fans?

I appreciate my fans, I show them a lot of love, I have to also stay focused with my music and art that am making, in terms of female fans I appreciate them for their support and nothing more.

How does your girlfriend feel about that?

I don’t have a girlfriend.