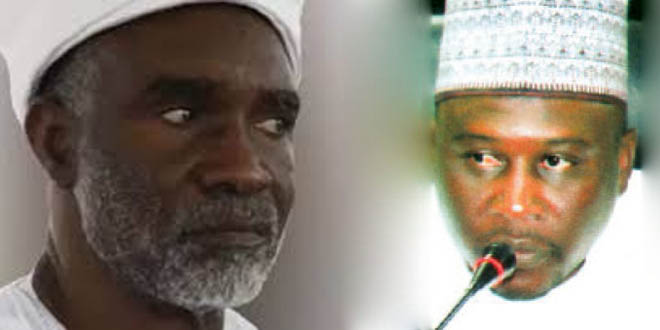 The director of press and publicity to impeached Governor Murtala Nyako, Mallam Ahmad Sajoh, has alleged that the latest threat issued to him by the Speaker of Adamawa State House of Assembly, Ahmadu Umaru Fintiri, followed the role he played in the suit filed by Governor Bala James Ngillari, which led to the sacking of Fintiri from office last week.

Sajoh pointed out that the role he played was a patriotic sacrifice to get the illegality foisted by the House of Assembly reversed, adding that he will never be intimidated by threats from the speaker or anyone for that matter as his action was based on an innate desire to salvage democracy.

The spokesman said he was least concerned about how Fintiri felt by his statement that Nyako will be returned by the courts, adding that if they do not have the powers to stop the court processes, they can never stop justice from prevailing.

He maintained that his boss’ impeachment did not follow laid down procedures, adding that the courts will vindicate him.

“I recall that they issued the same threat when I released a press statement on 15th July, 2014 that Barr. Bala James Ngillari had not resigned in the eyes of the law. Today, I am vindicated. I am confident that in my insistence that Governor Nyako was illegally removed and that the illegality will be nullified by the courts, I will still be vindicated”, Sajoh noted.

He added “They can do well to accept that their actions with respect to the purported removal of the former Deputy Governor and the assumption of the Speaker as Acting Governor have been declared illegal by a competent Court of Law.

“This legal indictment should have sobered them but rather make them more arrogant. It is only an ignorant person that will claim that a matter before a competent Court of Law is foreclosed. It is a shame that a spokesperson of the leadership of a House of Assembly could refer to a matter before the courts as history”.