Following the rise in cases of underage drivers on Nigerian roads, the Federal Road Safety Commission, FRSC, has warned parents to stop allowing under age children or wards to drive vehicles or face huge fines.


Garba said: “Parents should stop allowing underage children to drive so as to reduce the rate of accidents being recorded as a result of this ugly trend.” 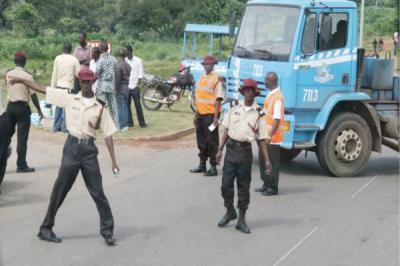 The FRSC boss stated that the command would continue to ensure strict compliance with the order as any underage child caught driving vehicles would be arrested and affected parents would be made to pay N10,000 fine.

“When such children are caught, the parents are normally compelled to write an undertaking not to allow their children to drive again.

‘’Before now children graduating from secondary schools are allowed to drive cars in the metropolis in the name of ‘Candy Celebration’.

‘’We have to declare a war against it and we have succeeded in stopping it completely as you hardly now see underage driver in the city,” he added.

Garba however, stated that the major challenge now facing the command was the issue of children riding bicycle in the chaotic traffic situation in the metropolis.

He informed that they have commenced public enlightenment campaign to sensitise parents to the dangers of allowing children to ride bicycles along the major roads in the city.

Garba said: “Since the ban on motorcycles many parents bought bicycles for their children and with the chaotic traffic situation in the city, it is causing a lot of accidents.

“We also conducted series of radio programmes in which we urge parents to tell their children to always ride carefully while on the road.”