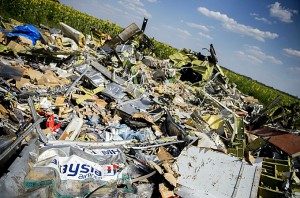 Germany’s BND foreign intelligence agency has concluded that pro-Russian rebels are to blame for the downing of Malaysia Airline MH17 in Ukraine in July, making it the first European agency to say so.

Gerhard Schindler, president of the BND, told a secret parliamentary committee on security affairs held on October 8 that separatists had used a Russian Buk missile defense system from a Ukrainian base to fire a rocket that exploded directly next to the Malyasia Air plane, the Der Spiegel newspaper reported on Sunday.

The crash over pro-Russian rebel-held territory in eastern Ukraine on July 17 killed all 298 passengers and crew and led to a further deterioration of ties between the West and Moscow.

“It was pro-Russian separatists,” Der Spiegel quoted Schindler as saying.

The BND concluded the rebels were to blame after a detailed analysis based on satellite and other photos,Der Spiegel reported.

European governments have so far refrained from openly pointing the finger. A Dutch investigative commission that had access to the flight recorder stopped short at blaming either side for the crash.

A preliminary report by the Dutch Safety Board last month said the airliner crashed due to a “large number of high-energy objects” from outside the aircraft, but drew no conclusions as to where they came from.

Shortly after the crash US Secretary of State John Kerry said there was strong evidence that Moscow-backed separatists had downed the plane.

At the meeting of the Bundestag committee responsible for monitoring BND, Schindler said the agency had come up with unambiguous evidence, Der Spiegel reported.

According to the magazine, he said Russian claims the missile had been fired by Ukrainian soldiers, and that a Ukrainian fighter jet had been in the same airspace, were false.