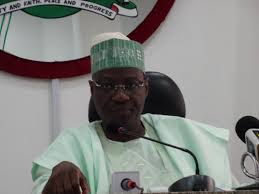 Governor Abdulfatah Ahmed of Kwara State on Tuesday urged the military to insulate itself from politics.

He gave the advice when participants of Course 23 of the National Defence College, Abuja, on Geo-Strategic Study tour of Kwara State paid him a courtesy visit at the Government House, Ilorin.

The governor stated that it was the duty of all Nigerians to support the officers and men of the armed forces in their primary responsibility of keeping the country safe.

“Let me commend the Nigerian military for its appreciable role in nation building, especially by protecting Nigeria from external aggression and internal unrest. While it is true that the country is going through very difficult times, especially in parts of the country caught in the grip of insurgency, the military must continue to live up to its reputation as one of Africa’s best”, he said.

Speaking on the theme of the Geo-Strategic Tour, ‘Socio-Economic Development through Urban Renewal in Kwara State’, Gov. Ahmed said, the state’s urban renewal programmes were aimed at ensuring that the roads in the state were motorable.

He also added that it was geared towards the provision of potable water to residents within a 500 metres radius, guaranteeing health care and beautifying the environment.

The leader of the team, Commodore Aliyu Lawal, said the team’s pre-visit study revealed that Kwara had comparative advantages in many sectors over other states under study.