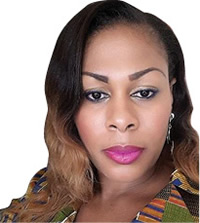 The Police in Delta State on Saturday confirmed the killing by armed robbers of Frances, the daughter of a former NFA Chairman and ex-MILAD of Kano State, Brig General Dominic Oneya (retd.) in Warri on Friday.

The spokesman for the Delta State Police Command, Celestina Kalu, disclosed that Frances was attacked and shot by her assailants as she left a bank at JW Junction along Ovie Palace Rd, where she had gone to withdraw some money for her father.

Kalu, a Deputy Superintendent of Police, said though the robbers escaped with a box of cloths in the booth of the car of the deceased, the money she had gone to withdrawn from the bank was left untouched as it was still in her car.

Kalu said, “One Mrs. Sovex Oneya had come to the station and reported that at 11:30hrs, her sister in-law, Frances Oneya, daughter of retired Brig. Gen. Dominic Oneya, informed her that her father sent her to Zenith Bank to withdraw the sum of N200,000.

“Thirty minutes later she received a call that Frances had been shot by armed robbers operating in Toyota Picnic car with unknown registration number at Ovie Palace Road, Effurun.

“The corpse has been deposited at Venee Mortuary Warri. At the scene, N200,000 was recovered in the middle box of the victim’s vehicle and the vehicle towed to the police station.

“At the scene, information gathered revealed that the hoodlums went away with the victim’s bag in the booth of the vehicle containing some pieces of cloths, which the hoodlums thought was the money she withdrew”.

The deceased was a mother of four.

Meanwhile tributes have continued to pour out for the late Frances on her Facebook page on Saturday, as friends described her as a trusted and principled woman.