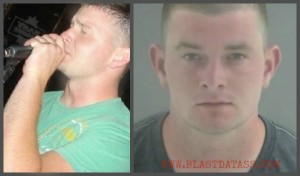 According to reports, Daniel Cleaves, knowingly had unprotected sex with each woman. Medical records show that Cleaves is well aware of his disease and even visits the hospital regularly.

The women did not know about the HIV until his latest victim. His latest victim was supposedly the one he had the most connection with. She found one of his medical records on the floor to which she left before he was able to offer her a drink.

According to Washington Post, she texted Cleaves asking, “Do you have HIV?”–to which he quickly replied “no”. She was not having it! Furiously she replied “can’t believe you didn’t tell me! I’m going to the hospital right now.”

Cleaves last text sent included “I’m not a bad person. I just made a mistake. I just don’t want to stop talking to you because of this. It’s just HIV”

Cleaves is currently charged with seven criminal counts of “possibly transferring the virus” He is currently held on a bond and will appear in front of the judge on Nov. 14.

Allegedly most of the woman that were victimized by Cleaves are now speaking out on their own experiences.

Owners of the “Harp and Fiddle” bar, where Cleaves would pick up most his girls, claim that he is a familiar face to the them. They also reported that several woman could have now have HIV because of him.