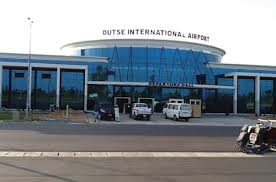 A former member of the House of Representatives, Farouk Aliyu, has vowed to sell the Dutse Airport in Jigawa State, if elected governor, saying the state has no need for the facility.

Mr. Aliyu, who represented Birnin Kudu Constituency, and is now vying to become governor on the platform of All Progressives Congress, APC, said this on Sunday in Bauchi State.

“If I become the governor, if I have my way, I will sell the airport of Jigawa State, because we don’t need it, absolutely we don’t need an airport there.

“Anybody who is interested in the airport will be welcome to pay Jigawa State Government and take over the airport and use it.

“Even in Kano, I remember in those days, everybody flies from Kano, there are now few flights from Kano”, he said.

Mr. Aliyu, who was part of Integrity Group in the House of Representatives, an alliance that went to court to ensure that President Goodluck Jonathan was sworn in as President when late President Umaru Yar’Adua became incapacitated, cautioned against what he described as unnecessary criticisms of Mr. Jonathan.

“This is a country where you see Northerners in droves moving to the Southern part of the country seeking for livelihood.

“They go there to be sugar cane sellers, security men, to be ‘Okada boys’ (commercial motorcycle riders) yet our governors are doing little to boost employment through agriculture.

“Enhancing agriculture will ensure that people go to farms instead of being involved in social vices.

“What we need in Dutse is enhanced agriculture, make sure our people go to school, make sure there is drinking water, provide hospitals that work and enhance security among others”, Mr. Aliyu said.