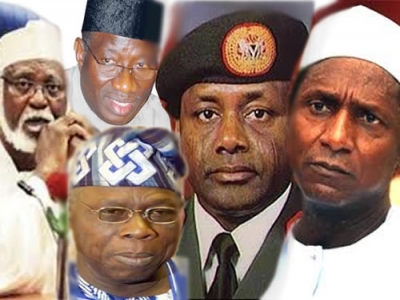 The South-South Peoples Assembly (SSPA) has described President Goodluck Jonathan as the best performing President in the history of Nigeria.

The Secretary, SSPA, Chief Ayakeme Whisky, said there was clear statistics to back up the claim that Jonathan had performed better than his predecessors.

According to Mr. Whisky, for the first time in the history of Nigeria, the country’s economy was being diversified away from oil.

He said: “No Nigerian President before him has performed as much as he had done. I say that without any apologies and there are clear statistics to prove that.

“For the first time in this country, the Nigerian economy is shifting from monolithic focus to a multi-resource economy.

“Before Jonathan, the desire for oil was over 90 per cent, but today there are other veritable contributors to our Gross Domestic Product including agriculture which is most viable sector with potential of reducing the nation’s unemployment rate.

“I am not going to lay emphasis on rebasing the economy. The fact that we are moving away from oil-dependent economy to other resources clearly shows that we are making progress”, he said.

Declaring that the president deserved a second term, the SSPA scribe said Nigerians should consider the way and manner he pursued the privatisation in the power sector.

“For Mr. President to have the courage, the will to break that monster by dismantling PHCN and also privatizing it is the best that has happened in this country”, Chief Whisky added.

He named other achievements of the President in road infrastructure, railway transport, airports and others saying, “one good turn deserves another”.