Omg! Kemi Olunloyo is at it again. Kemi took to her twitter page about 50mins ago to expose some men she claimed begged her for s3x online. Kemi went as far as bashing them claiming they have wrinkled d*cks and one wanted to just be her toy boy! Oh well… her tweets and pictures after the cut. Had to cover their faces, come on, exposing them like aunty kemi won’t be that nice. Lol smh!! 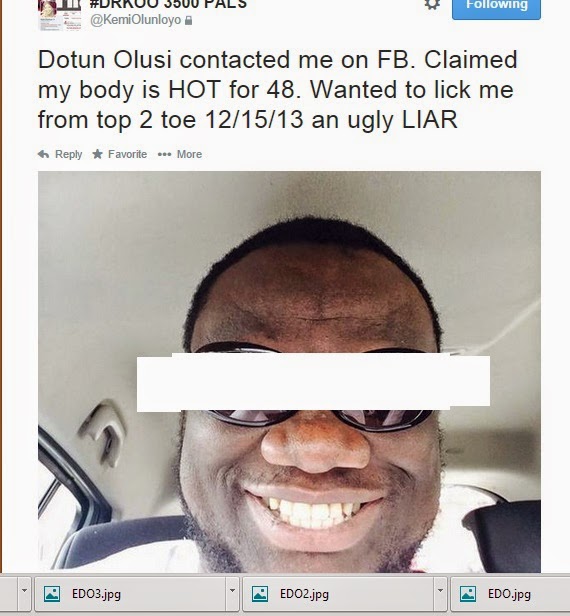 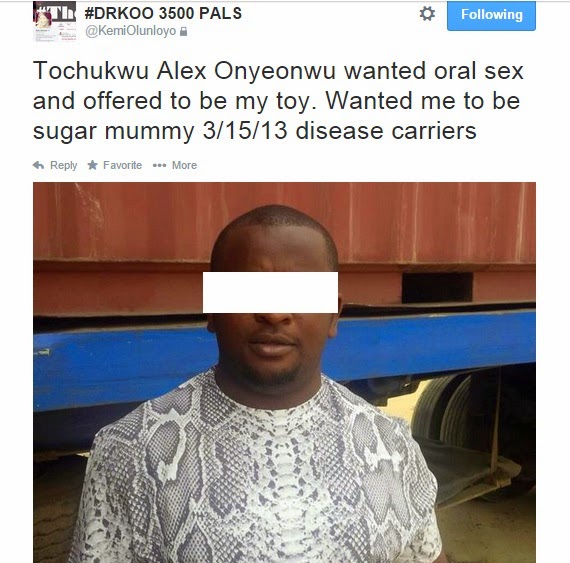