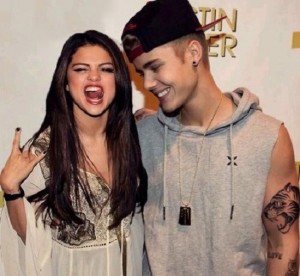 There have been rumors circulating that the reason why Justin Bieber and Selena Gomez, broke up again was because of Kendall Jenner.

However, Kim Kardashian West‘s best friend insists Kendall Jenner had nothing to do with Selena Gomez‘s latest split from Justin Bieber.

40-year-old Jonathan Cheban, claims the ‘Come and get it’ hitmaker, who reportedly dumped the Canadian singer after he had lunch with the reality TV star’s younger sister in Paris behind her back, has no reason to be jealous of the 18-year-old model, and thinks Selena and Justin are ‘a good match.’

The PR guru, who regularly appears on ‘Keeping Up with the Kardashians,’ told Us Magazine.com: ‘[Gomez and Bieber] are a great couple. I like them both. They’re very cool and this is the best way to do a Hollywood relationship — they’re on for a few months, they break up.’

Jonathan believes the 22-year-old actress and the 20-year-old singer will get back together again in the future. He said: ‘Ultimately, if they loved each other, and they’re settled down in a year or two, then they’ll reconnect and keep it going. It seems like with the two of them, it’s a forever thing. It does not end. It keeps going and going and I think it’s awesome. They’re a good match.’

A source recently claimed Selena, the ‘Rudderless’ actress ‘doesn’t trust Kendall’s motives’ and was furious with her on-again, off-again boyfriend, whom she first started dating in 2010, for taking the brunette beauty out for dinner while she was sightseeing in Paris late last month. But asked about Kendall and Justin’s friendship, Jonathan said: ‘The key word is friend.’