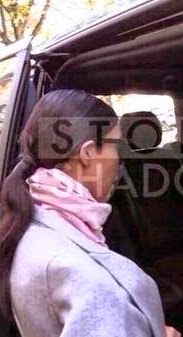 Kim Kardashian has laughed off reports that she nearly forgot her 1 year old daughter at a hotel in Paris. Kim was leaving her hotel with photographers following her every step of the way, but just as she was about to get into her car, she realized she’d forgotten something. Turning on her heel, Kim walked back to the hotel and emerged a short time later carrying North West.

But Kim claims she only went to the car to check if North’s car seat was in the car before bringing her daughter out and not that she forgot her. See her tweets below……….