The House of Representative has exposed the President and Governors to legal prosecution or arrest while still in power. 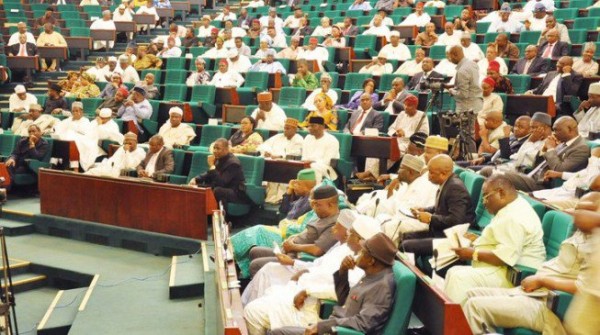 This was made known on Wednesday by the House after the final process of the constitutional amendment removed immunity clause from President and Governors, the Nation reports.

It was reported that the House at the plenary approved 71 amendments to the Constitution after an executive session.

The House reportedly placed the National Security Agencies, the office of the Auditor-General of the Federation, the Police, Revenue Mobilisation Allocation and Fiscal Commission, on a first-line charge from Nigeria’s Consolidated Revenue Account.It was gathered that the required compulsory two-thirds (240 of the 360-member House) for the amendment to pass was met as 252 of the 261 members that voted were in favour of the amendments with only eight voting against the decision while one was reportedly abstained.

The lawmakers also approved that the Senate President or Deputy President and Speaker or Deputy Speaker of the House of Representatives are now to receive pension for life.

It was also gathered that the President will henceforth mandatorily address a joint meeting of the National Assembly once a year, if the amendments get the Senate’s concurrence and are approved by two thirds of the 36 state Houses of Assembly.

The consideration of the report of the conference committee on the review of the Constitution of the Federal Republic of Nigeria, 1999 as (further amendment) Bill 2014 was allegedly stalled by the Senate although it was listed in the Order Paper.

The Senate explained that the consideration could not hold due to lack of the required number in the House to execute such consideration.

It was gathered that the leadership of the Senate revealed that the House did not want to be accused of sidelining some senators while considering the report in their absence. It could not be ascertained if the report would be considered today.

In consideration of the 108-page report, the House approved independent candidacy to participate in general elections; life pension for President, Vice President, Senate President, Deputy Senate President, as well as Speaker and Deputy Speaker of the House of Representatives if the occupant was not impeached from office.

The House, however, approved Section 7 (1a) which prohibits appointment of caretaker committee by governors while 7(1b) provides for four-year term to democratically elected council. Subsection 7(1c) grant financial autonomy to local governments.

It also approved the immunity clause, Section 4(7a), which states that; in the course of exercising the foregoing legislative powers, no civil or criminal proceedings shall be instituted against a member of a legislative House in respect of words spoken or written before the House or a committee thereof.

The above were part of the recommendations of the harmonised report of the Ad-hoc Committee on Constitution review adopted by the lawmakers at the Committee of the Whole.

The report is expected to be transmitted to the 36 Houses of Assembly for concurrence, after the Senate’s concurrence.

Responding on the development, Emeka Ihedioha, Chairman, Ad-Committee on Constitution Review explained that comprehensive deliberations with the Senate on the areas of differences was done with due regard to the wishes of Nigerians.

“At this stage, we also urge you to reach out to your respective House of Assembly members whom Section 9 of the Constitution have made critical and distinctive partners, to support the realisation of the recommendations of the Committee here attached, which we believe is another milestone towards repositioning our fundamental legal framework for public good,” Ihedioha said.

Meanwhile, aside loud session in the Senate on September 25, 2014, Thursday, a loan for the Presidency in the amount of USD1,000,000,000 (over N163bn) has been approved with the information on priority spending leaked.