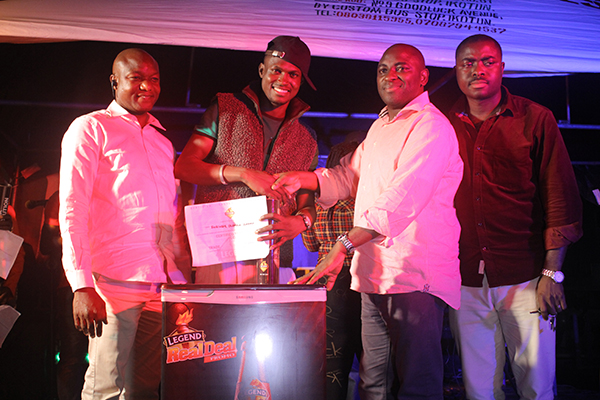 When 24-year old Egbeton Joshua recently went to hang out with some of his friends at Concourse Bar, a popular hangout in Magodo, Lagos, he had no any inkling that he would return home as the proud owner of a brand new refrigerator, courtesy of the Legend Taste and Tell promo.

Nevertheless, this was exactly what happened as the student of Business Administration, University of Abuja, emerged as one of the winners in the on-going Legend Taste and Tell promo. For Egbeton, the prize has elevated his status in school. “Legend has made me a big boy on campus because I’m now the only one with a brand new Refrigerator among my friends,” he enthused, after picking up his prize.

Egbeton was not the only winner of the night. David Bamishile and Ighomuaye Vincent, two other winners, could not contain their joy as they also carted away their own refrigerators with a smile. The trio were part of the many winners in the third leg of the Legend Extra Stout Taste &Tell in-bar Activation promo.

Speaking during the presentation of prizes to the winners in Lagos, Funso Ayeni, Senior Brand Manager, Legend and Life Lager Beer, promised that Legend Extra Stout will continue to ensure that consumers have a Legendary experience at all time by constantly rewarding them as the brand has continued to do since its incursion into the Nigerian market in 2009. 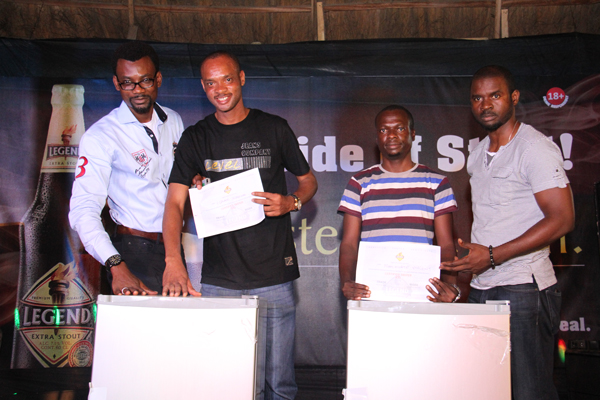 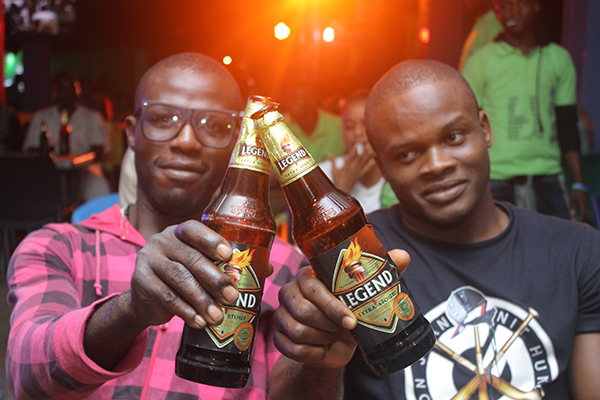 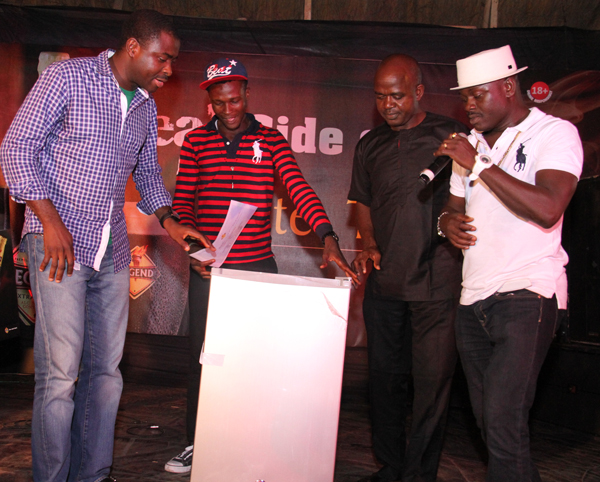 The Taste & Tell activation experience has been taken to another level by the inclusion of a musical band known as Platinum Blazers, which has been thrilling the crowd of Legend Extra Stout consumers with the rendition of a variety of songs that range from the old to the new school, across different genres and languages, as the promo train moves from bar to bar.

Legend Extra Stout, a fully brewed stout with a unique taste, from the stable of Nigerian Breweries Plc, berthed its Taste & Tell in-bar activation campaign train on Friday, October 3 2014. The campaign is designed to reinforce the unique Legend Extra Stout taste in consumers, educate them on its key attributes and get consumers to “CONFAM” the realness of Legend Extra Stout by engaging lovers of the brand in a tasting game which involves several unidentified drinks. Participants who are able to correctly identify the Legend brand from the range of options are rewarded with prizes.

It would be recalled that Legend Extra Stout recently  took 30 lucky Nigerians to Dubai, United Arab Emirates, to shop with N1 million each, as part of its 2014 Legend Real Deal Promo. Airtime worth millions of naira was also won during the promo.

The quality of the brand as the only real brewed stout in the Nigerian market was also validated in 2012, when it won the Monde Gold Award of Quality.

Anyone That Tells You To Give To God So You Can Receive Is Only Reducing God: Omkri

Popular social media commentator and a former presidential aide, Reno Omokri has advised against giving to God with the expectations of receiving. Read Also: It Is...
Read more

A young lady has taken to social media to call out an IG vendor Teni Wades who swindles her. According to the young lady, she...
Read more

A Ugandan lady has expressed her pain over what some white people did to her in a group photo. The lady, identified as Vanessa, who...
Read more

Femi Adesina Has Sold His Soul To Satan – Fani Kayode