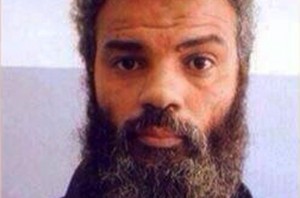 A US federal grand jury has issued a new indictment that includes the death penalty against Ahmed Abu Khatallah, a Libyan fighter accused of involvement in the September 2012 attack on the US diplomatic compound in Benghazi.

Tuesday’s indictment superseded earlier charges brought against Khatallah in July and added 17 new charges, including allegations that he led an “extremist militia group” and conspired with others to attack the facilities and kill US citizens.

Federal prosecutors accuse Khatallah of being a ringleader of the September 11, 2012, attack on the diplomatic mission in Benghazi.

The new indictment reflects what US Attorney General Eric Holder described as Khatallah’s “integral role in the attack”.

Four Americans were killed in the attack, including the US Ambassador to Libya Christopher Stevens.

Khatallah was captured in Libya in June by a US military and FBI team, and transported to the United States aboard a US Navy ship to face charges in Washington federal court.

US officials had described the initial, one-count indictment as a placeholder to allow him to be brought into court and for a grand jury to hear more evidence of the case.

The attack on the diplomatic mission in Benghazi ignited a political firestorm in Washington that could still resonate if Hillary Clinton, US Secretary of State at the time of the attack, runs for president as expected in 2016.

Khatallah remains in custody at a detention facility in Alexandria, Virginia.

One of his public defenders, Michelle Peterson, said in court last summer that prosecutors had not presented evidence tying him to the raid.

On Tuesday evening, she declined to comment about the indictment because she had not seen it.