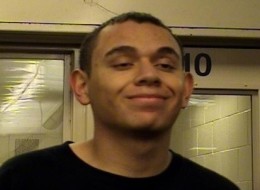 Unfortunately, this New Mexico DWI suspect wasn’t just doin’ the Dew. In fact, things got a little extreme after his arrest… but at least it wasn’t a Code Red.

Luis Rodriguez-Neri told a Bernalillo County deputy that he’d drank “six shots of Bacardi” before getting behind the wheel of his car Monday. The deputy found the man’s vehicle smashed into a light pole when he arrived on the scene.

Rodriguez-Neri refused sobriety and breath alcohol tests. The deputy took him to the police station and booked him with aggravated DWI, damage to signs/equipment and leaving the scene of an accident.

While at the station, deputies said that Rodriguez-Neri allegedly offered them Mountain Dew in exchange for letting him go, so the cops added a charge of bribing a public official.