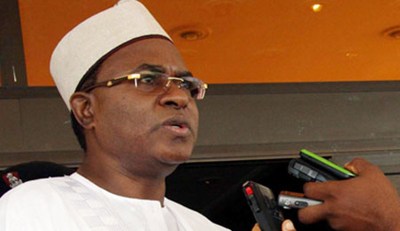 Governor Isa Yuguda of Bauchi State on Tuesday said Nigeria could have fared better in its 54 years of independence but for military interventions and some other challenges.

He, however, pointed out that the nation was on the right track as the process for the country’s development had been set in motion.

He said there was no way some of the challenges the nation had encountered, which had led to a lot of problems, could be dismissed with a wave of the hand.

“Politically, we have had a lot of military interventions in the last 54 years which had made it impossible to deepen our democracy but now we have 15 years of uninterrupted democracy and we are deepening democracy. Politically, you can see the effect of our journey towards being a democratic nation.

“We certainly could have done better even when it comes to operating the structure that can fight corruption in the system, it is only as late as the year 2006, 2007 that some of these institutions that fight corruption were put in place. So even the infrastructure for fighting corruption has not been put in place for a very long time until only recently.

“You can see that some of the infrastructure that should be better managed that will lead us, improve from the agrarian status, the agricultural potentials of the country were destroyed at a point in time because so many river basins were all over the country but mismanagement of the part of the public service made it impossible for those infrastructure to survive, to drive the agricultural economy so that we would have been in a better state than we are today because all this issue of joblessness we are talking about today”.