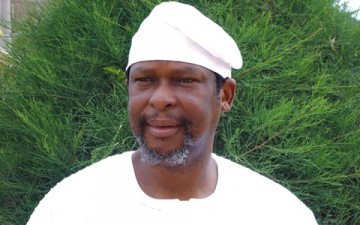 The Chairman, Senate Committee on Science and Technology, Prof. Ajayi Robert Boroffice, has described the defection of Governor Olusegun Mimiko from Labour Party to the Peoples Democratic Party as a big blessing for the All Progressives Congress in the state.

Boroffice, who is representing Ondo North Senatorial District, stated this in an interview in Abuja on Tuesday.

According to him, many aggrieved members of the LP and PDP in the state, who were disenchanted with the governor’s action had started defecting to the APC.

Boroffice said, “The defection of Governor Olusegun Mimiko to the PDP is the best thing that could happen politically to the APC in Ondo state. Before Mimiko finally made his intention known to Nigerians that he was going to join the PDP, his heart has always been with the PDP.

“Many of the people in the Labour party belong to the progressives camp. They didn’t join LP because of Mimiko, they joined LP because the party subscribes to progressive ideology.

“Now that Mimiko had gone back to the PDP, many people are also defecting from LP to join their kits and kins in the APC being a truly progressive party.We are in the harvest time in Ondo state.

“We are so excited, we are so happy. We can see the finger of God in all these things. Since Mimiko defected to the PDP, there is hardly any week that we are not harvesting at least 500 people from both the LP and PDP, who are willingly joining the real progressives party, the APC”.

The senator said the fact that some members of the PDP protested last week at the party’s secretariat in Akure against the defection of mimiko to their party, was an indication that the party in the state was already in crisis.

“At the moment in Ondo state, the LP is in disarray, it is in coma, it is sinking, and it will eventually fizzle away. For us in the APC, this is a real harvest time for us”.

The senator, who was elected on the platform of LP but defected to the APC, expressed confidence that his party will win the 2015 parliamentary elections at the state and national levels because of the volume of politicians who are defecting daily to APC.

He said, “One day in politics can change any political calculation. People were defecting from the LP and PDP to the ACN towards the 2011 Governorship election in Ondo State but immediately the governorship candidate was announced people went back.

“If we had approached the election with the rate at which people were joining our party then, we would have won the election. Saka Lawal, Olaiya Oni, Segun Ojo and Olu Agunloye went to LP. I was one of the few people that stayed back but many of my followers went to LP.

“As a matter of fact now, there is no LP in Ondo State, APC is the only alternative party for those not comfortable with Mimiko in the PDP. Our chance is very bright now because we are more united, focused and ready to deliver the state next year”.