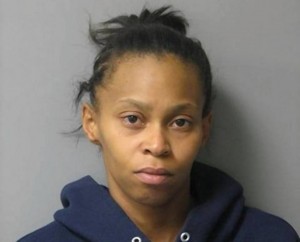 Some parents these days are absolutely terrible and should not be allowed to have children.

A woman from Delaware by the name of Ashley Tull was detained after her young daughter allegedly took 249 bags of heroin to her daycare center.

Not only did the little girl take the bags of heroin to her daycare center, she passed them out to other children because she thought there was candy inside the bags.

According to recent reports, the 4-year-old girl took a different backpack than usual to Hickory Tree Child Care Center Monday after a pet urinated on her usual backpack.

When the 4-year-old girl arrived at the daycare center she found the little bags of heroin and, she believed sweet treats were left behind by her mother 30-year-old Ashley Tull, which led her to hand the bags out to her fellow classmates. Police officials were called around 11:45 am after several daycare workers spotted the children running around with the heroin bags. 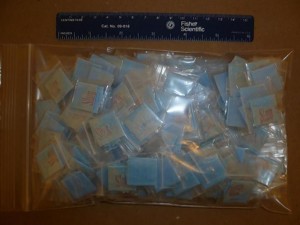 Authorities discovered over a total of 3.735 grams of heroin. Some of the children ate the heroin and were immediately rushed to the hospital.

No serious injuries were reported, but a few of the children did get high. Cops were under the impression the bags belonged to the little girl’s mother.

Ashley Tull was arrested and charged with maintaining a drug property and endangering the welfare of a child, according to WPVI.

The girl’s daughter and two other children were taken into the custody of another family member. Ashley Tull was released on $6,000 bond and will make her first appearance in court later this month.